BenchSci secures US $8M Series A led by iNovia Capital 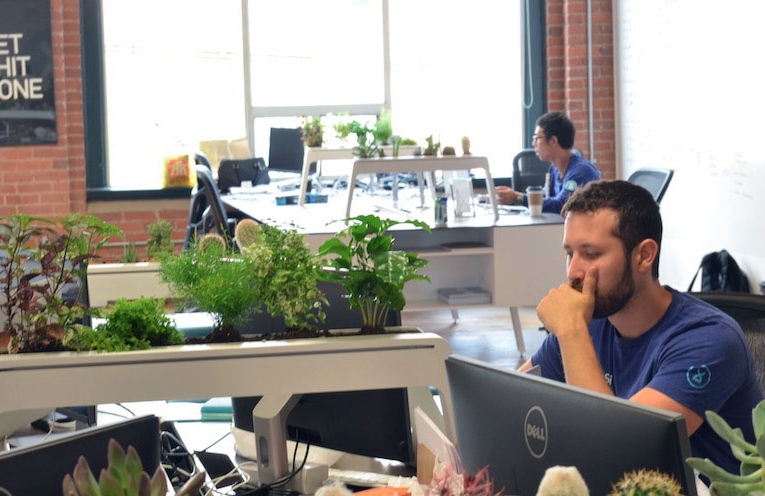 The investment marks Gradient Ventures’ first investment outside of the US.

Toronto based BenchSci Analytics Inc. intends to use new funds to expand its team of engineers and scientists, implement new sales and marketing programs to drive new customer acquisition, and scale its AI technology used by researchers to accelerate biomedical discoveries.

Latest round of funding from iNovia Capital, Gradient Ventures, and others positions BenchSci to execute on its mission, and take its place in the market as one of the world’s top machine learning companies

TORONTO – May 2, 2018 – BenchSci, an AI-powered search engine for biological products, today announced that it has raised US$8 million in Series A financing. The round was led by iNovia Capital with participation from Google’s AI-focused venture fund, Gradient Ventures, and return investors Golden Venture Partners, Afore Capital, Real Ventures, and Radical Ventures. The funds will be used by BenchSci to expand its team of engineers and scientists, implement new sales and marketing programs to drive new customer acquisition, and scale its AI technology used by researchers to accelerate biomedical discoveries.

“Without the use of AI, basic biomedical research is not only challenging, but drug discovery takes much longer and is more expensive. We are applying and developing a number of advanced data science, bioinformatics, and machine learning algorithms to solve this problem and accelerate scientific discovery by ending reagent failure,” said Liran Belenzon, CEO and co-founder of BenchSci. “With this latest injection of capital, we not only have the financial resources to execute on our mission, but also iNovia’s support to scale our people and operational excellence, and validation from Gradient Ventures that the work we are doing is groundbreaking. When all of this is factored in with our association with the world’s leading artificial intelligence researchers – including Richard Zemel, Research Director at the Vector Institute and an advisor to BenchSci – we know that we are on the right track.”

Using BenchSci, researchers can find reliable antibodies 24x faster and 75% cheaper than current methods. The company launched out of beta in July 2017, and since that time has analyzed data on more than 4 million commercial antibodies. Customers now include 14 pharmaceutical companies (including 7 of the world’s top 10), and 910 academic research institutions (including Harvard, UCLA, Stanford, and MD Anderson). BenchSci’s registered user base has grown 20% month over month and the new round will allow the team to deliver requested features even faster than before. BenchSci has also established partnerships with many of the top scientific publishers, including Springer Nature, Wiley, Karger, the American Medical Association, FASEB, and ASPET.

“BenchSci is refactoring life science research from an inconvenient, inefficient, and opaque industry into one accelerated by the power of AI, data abundance, and transparency. Our investment reflects our focus on mission-driven founders that are uniquely qualified to rewrite the rules of old industries,” said Antoine Nivard, Principal at iNovia. “We firmly believe that BenchSci’s machine learning approach produces high yield results that are immediately transferrable to pharma research teams, and has the potential to fundamentally solve the research reproducibility crisis and transform how life science research is done.”

As a Canadian technology startup founded by four immigrants, BenchSci prides itself on its diverse workplace and is continuing to expand its team with diverse talent. In 2017, BenchSci tripled its employee count, and plans to add 16 new team members this year.

“Machine learning is transforming biomedical research. BenchSci’s technology provides a unique value proposition for this market, enabling academic researchers to spend less time searching for antibodies and more time working on their experiments. Our expectation is that this should lead to new discoveries (and publications) at faster rates than previously possible,” said Ankit Jain, founding partner of Gradient Ventures. “BenchSci is using its technology to disrupt the status quo. As our first investment outside of the US, we look forward to collaborating with their team and working together to drive further innovation in AI around the world.”

About BenchSci
BenchSci accelerates biomedical discoveries. Researchers waste time and money on antibodies that don’t work. This slows studies, destroys samples, and leaves patients waiting for treatments. Artificial intelligence can solve the problem, and we’re building it. Our technology helps researchers find reliable antibodies 24x faster and 75% cheaper. It now powers discoveries in 7 of the top 10 pharma companies and 910 academic institutions. Academic researchers can sign up free at www.benchsci.com. Industry researchers can request a demo at www.benchsci.com/contact/. And passionate people can join us at https://www.benchsci.com/about/#openings.

About iNovia Capital
iNovia is a full-stack venture capital firm that partners with audacious founders to build enduring technology companies. We seek to transform venture capital by perfecting the craft of investing in people first. We roll up our sleeves to serve founders with dedicated mentorship, a global talent network and structured strategies for hyper-growth. Together, we rewrite the rules of old industries, push technology frontiers and pursue bold visions for a better future. iNovia manages $500M across three funds, and holds offices in Montreal, Toronto, San Francisco, and London. For more information, visit inovia.vc.

About Gradient Ventures
Gradient Ventures is Google’s new AI-focused venture fund – investing in and connecting early stage startups with Google’s resources, innovation, and technical leadership in artificial intelligence. The fund focuses on helping founders navigate the challenges in developing AI-based products, from leveraging training datasets to helping companies take advantage of the latest techniques, so that great ideas can come to life. Gradient was founded in 2017 and is based in Palo Alto, California. For more information, visit gradient.google.