Dapper Labs/CryptoKitties secures US $15.4M Series A-3 led by Venrock 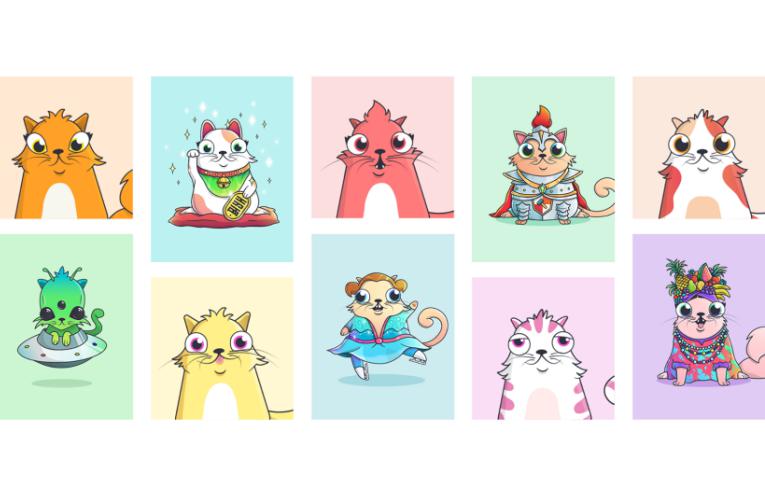 The new funds have helped Dapper Labs establish a U.S. subsidiary led by former executives from Unity and Disney, with additional hires for the Canada office from Ubisoft, EA Sports, Amazon, ESPN, Hasbro, and Zynga. The investment will also accelerate the build-out of the infrastructure necessary to attract mainstream consumers to the blockchain.

Round led by Venrock, with participation from GV and Samsung NEXT, will help Dapper Labs solve usability and infrastructure challenges in blockchain technology

VANCOUVER, Nov. 1, 2018 /PRNewswire/ – Dapper Labs, the company behind the world’s first and most successful consumer blockchain product, CryptoKitties, has raised US$15M in financing led by Venrock, with participation from GV (formerly Google Ventures) and Samsung NEXT. These funds will be used to help Dapper Labs, a Canadian-founded company, expand locally and globally. This includes establishing a U.S. subsidiary led by former executives from Unity and Disney, with additional hires for the Canada office from Ubisoft, EA Sports, Amazon, ESPN, Hasbro, and Zynga. The investment will also accelerate the build-out of the infrastructure necessary to attract mainstream consumers to the blockchain.

“The evolution of true digital ownership and the interoperability of smart contracts creates new ways for consumers, creators, and platform providers to interact completely peer-to-peer, with no middlemen,” said Roham Gharegozlou, CEO at Dapper Labs. “Our mission at Dapper Labs is to use games and entertainment to bring the values of decentralization to billions of consumers worldwide. This round of financing was about getting the right partners around the table to bring compelling content to the blockchain – and make sure usability and infrastructure allow for adoption by mainstream consumers.”

“The team at Dapper Labs impressed us with their vision. More than any other company in this industry, they truly understand and aim to reach the mainstream consumer,” said David Pakman, a General Partner at Venrock and now on the Dapper Labs’ Board of Directors. “The blockchain will usher in an industry of scarce digital assets and will enable new types of self-expression. Combined with the transition from centralized to peer-to-peer commerce, this will unlock trillions of dollars in value for consumers.”

CryptoKitties is the world’s most used consumer blockchain application outside of exchanges, with 3.2-million transactions and tens of millions of dollars transacted on the platform. The game launched in late 2017 and differentiated itself by not using the ICO-model for funding that most blockchain projects pursued, opting instead to launch a product that showcased an application for blockchain beyond cryptocurrencies. By focusing on games and entertainment, CryptoKitties brought mainstream users completely new to blockchain into the industry.

“We launched CryptoKitties to show the benefits that blockchain technology can bring to consumers,” Dieter Shirley, Dapper Labs’ CTO and creator of the ERC-721 standard for non-fungible tokens (NFTs) on Ethereum. “By starting with a fun and approachable experience, we appealed to a very broad audience. We’ve seen many opportunities and obstacles for mainstream adoption of decentralized technology, and we can’t wait to share what we’ve learned with the rest of the world.” Dapper Labs intends to use its consumer insights to lower the barrier to entry for blockchain and make the values of decentralization accessible to everyone.

The NFT standard that CryptoKitties authored and pioneered has created a new industry and new possibilities for digital ownership. Since launching CryptoKitties, Dapper Labs has instituted a developer program and public API, innovated on terms of service and instituted a flexible license giving NFT owners and third-party developers broad usage rights on original artwork, and created a launchpad program and seed fund to help third-party teams build a self-sustaining business within the ecosystem.

To date, Dapper Labs has raised $27.85M in investment.

CryptoKitties are collectible digital art forms created in the popular blockchain game of the same name. Each CryptoKitty is a unique digital asset, or non-fungible token (NFT), created, managed, and traded through blockchain programs known as smart contracts. Over one-million CryptoKitties have been created by players in a breeding game that lets players mix and match their favourite genes to discover “meowtations,” find limited-edition “Fancy Cats” hidden throughout the genome, and design furever friends they can keep as mementoes or sell on an open marketplace. The CryptoKitties smart contracts are the world’s most popular outside of exchanges, with over 3.2-million transactions recorded to date, representing tens of millions of dollars exchanged on the marketplace. The cultural phenomenon has been featured by The Wall Street Journal, the BBC, The New York Times, Fast Company, and VICE. For additional context or access to key team members, please contact press@cryptokitties.co.

Dapper Labs is the company behind CryptoKitties. Formed in February 2018, Dapper Labs was spun out of Axiom Zen to bring the benefits of decentralization to the first billion consumers through the power of play, fairness, and true ownership. Notable investors in Dapper Labs include Andreessen Horowitz, Union Square Ventures, Venrock, GV, and the founders of Dreamworks, Reddit, Coinbase, Zynga, and AngelList, among others. For additional context or access to key team members, please contact press@dapperlabs.com.