Dr. Angela Tran Kingyens promoted to GP of Version One

In: VC Firms, British Columbia, IT and Telecom, United States 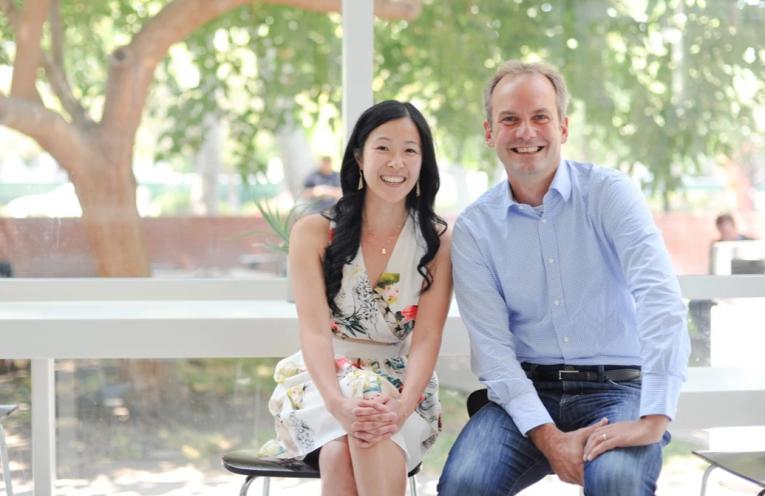 CPE News – pcJournal (9/5/2018) – Angela Tran Kingyens, Ph.D., has joined Boris Wertz, founding partner of Version One, as a General Partner of the firm.

Based in San Francisco, California and a newly naturalized US citizen, Dr. Tran Kingyens joined Version One as an analyst in 2014 and was promoted to Principal in 2017.

A native Torontonian, Dr. Tran Kingyens is a graduate of the University of Toronto, holding a BASc in Engineering Science, and a Masters and Ph.D. in Operations Research and Financial Engineering.

Version One is looking to hire an associate as its third team member, to build the “franchise” even more.

When I started Version One over six years ago, I started it as a single GP firm with no defined plan to ever add a partner and build a “franchise.” So it is with tremendous happiness that I can announce today that Version One now consists of two General Partners with Angela joining me in the partnership.

But a productive partnership is an incredibly powerful thing to see in action: great partners push and challenge each other every day and they turn diverse perspectives into constructive discussions on how to invest and what to invest in. The result is much greater than the sum of all parts! Having worked with Angela over the past five years, I am proud that we have built such a productive partnership that has made Version One as an organization much stronger than its two individuals.

Angela is an engineer by training, obsessed with data, and a proud Torontonian who now calls the SF Bay Area home. Venture Capital wasn’t always on her radar. After obtaining her PhD in Operations Research and Engineering, she co-launched Insight Data Science, a YC-backed start-up designed to help PhDs transition from academic research to careers in industry via a six-week training program. Her desire to help others and work with people who are bringing about positive transformational change led her to VC, where she has had a tremendous impact.

Angela’s background in data science has been uniquely helpful to our portfolio companies. She has helped founders hire data scientists, train new hires, and has also acted as a data scientist in residence. But as much as she loves data, Angela strongly believes that VC is also about people and values. She looks for founders who aren’t just driven by monetary gain, but are passionate to make the world a better place.

Angela has sparked some of the most productive and provocative discussions within V1. She developed our healthcare/bio thesis. Since she was promoted to principal, she has led five investments – most of them in the healthcare/bio space and not yet announced.

For those of you who have already worked with Angela, you know what kind of person and investor she is: always helpful and supportive, but able to push back and call out an inconvenient truth when necessary.

This is an exciting time for our firm. Adding Angela as a GP effectively increases our partnership by 100% 🙂. We’ve opened the search to hire an associate as our third team member. And, we’re building the “franchise” even more – stay tuned for more news soon!