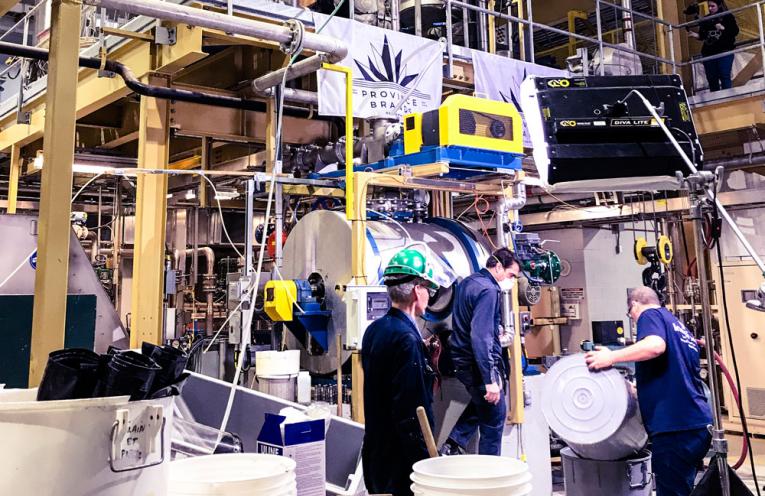 Honest Inc., dba Province Brands of Canada, a developer of non-alcoholic, cannabis-powered beers and spirits, has raised $10.95 million in “Series A” financing (private placement) of convertible debentures with 91 accredited investors.

Bennett Jones LLP acted as legal counsel to Province Brands of Canada. The company has now raised $15 million in funding since its inception.

Province Brands of Canada plans to raise between $20 to $30-million in equity financing, which will coincide with its public listing.

Province Brands of Canada closes $10.95-million in Series A funding

TORONTO, Aug. 15, 2018 /CNW/ – Province Brands of Canada — the Canadian company developing a suite of premium non-alcoholic, cannabis-powered beers and spirits including the world’s first beer brewed from the cannabis plant — has announced the closing of its Series A round of funding with $10.95-million raised by 91 accredited investors. Province Brands of Canada initiated this funding round in April of 2018, and its closing brings the total funding raised by the company since its launch to more than $15-million.

“We are honoured to have such tremendous support from our investors and we will invest the majority of the new funds into the construction and purchase of equipment for the world’s first cannabis brewery here in Canada,” said Elad Barak, Province Brands’ Director of Business Development and Investor Relations.

Prior to this Series A closing, Province Brands of Canada closed its seed round on March 15, 2018, raising $4.1-million from over 90 accredited investors, many of whom also participated in this most recent funding round. Shortly after the close of Province Brands of Canada’s seed round, the company also entered into a strategic alliance agreement and share exchange with Auxly Cannabis Group Inc. (formerly Cannabis Wheaton Income Corp.).

Province Brands of Canada plans to raise a Series B of $20- to $30-million, which will coincide with its public listing on the Toronto Stock Exchange’s Venture Exchange (TSX-V). This listing will be achieved through a reverse takeover of Colson Capital Corporation (TSX-V: COLS.P), announced on June 5, 2018.

The Series A was a Convertible Note issued with an 8% interest rate per annum, compounded annually at a 20% discount on the next qualified financing. The Series B will be the private placement of common shares to be issued concurrently with the reverse takeover mentioned above.

About Province Brands of Canada
Province Brands of Canada is an early stage, Toronto-based, highly disruptive premium adult beverage company founded by veteran entrepreneurs with extensive experience in the premium alcohol and legal medical and recreational cannabis industries. Province Brands’ patent-pending process has created the world’s first beers brewed from cannabis while utilizing parts of the cannabis plant which would otherwise have no commercial value. Alcohol-free yet intoxicating, and with a dose-response curve similar to that of alcohol, Province Brands’ cannabis-powered beers and spirits will challenge the alcohol industry by offering a safer and healthier alternative that is also gluten free and low in calories and sugar.

The company also recently announced a forthcoming line of beer brewed from barley and infused with premium cannabis oil to complement its flagship brewed-from-cannabis products.

The forward-looking statements and information contained in this news release are made as of the date hereof and Province Brands of Canada undertakes no obligation to update publicly or revise any forward looking statement or information, whether as a result of new information, future events or otherwise, unless so required by applicable securities laws.