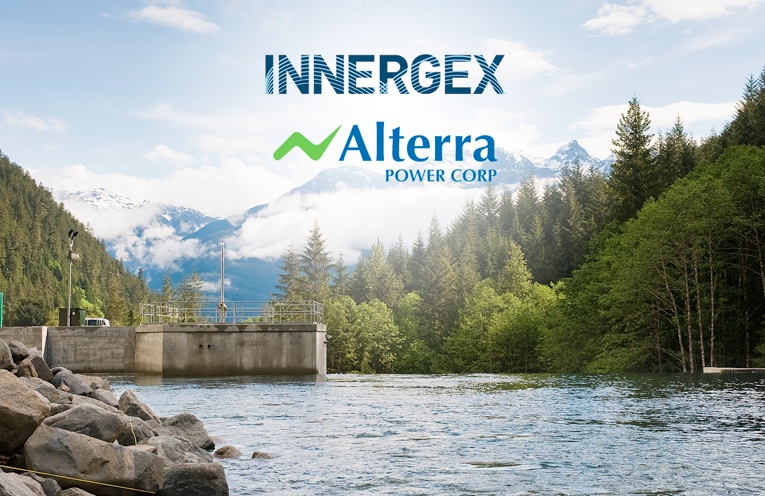 Concurrently with the closing of the acquisition, Innergex Renewable Energy has successfully completed the financing of the cash portion of the transaction. Caisse de dépôt et placement du Québec (CDPQ), one of its main shareholders, provided Innergex with a $150 million subordinated unsecured 5-year term loan at a competitive interest rate.

Ross Beaty, Executive Chairman of Alterra and the beneficial owner of 30.51% of the issued and outstanding Alterra shares, has agreed to a 12-month holding period of the Innergex shares he received through the transaction. Upon closing of the transaction, Beaty has joined the Innergex’s board of directors.

LONGUEUIL, Quebec, February 6, 2018 – Innergex Renewable Energy Inc. (TSX: INE) (“Innergex” or the “Corporation”) is pleased to announce the completion of the previously disclosed acquisition of Alterra Power Corp. (TSX: AXY) (“Alterra”) by way of an arrangement agreement pursuant to which Innergex acquired all of the issued and outstanding common shares of Alterra for an aggregate consideration of $1.1 billion, including the assumption of Alterra’s debt (the “Transaction”).

Innergex’s acquisition of Alterrra, its largest and most significant to date, immediately adds 485 MW (gross 1,049 MW) of high quality renewable energy assets, in operation and under construction, to Innergex’s portfolio, bringing the Corporation’s total capacity to 1,609 MW (gross 2,896 MW). By 2020, Innergex’s net installed capacity is expected to reach over 2,000 MW from a well-diversified resource mix of hydro, wind, solar and geothermal projects in Canada, the U.S., France and Iceland. The acquisition also brings Innergex an extensive pipeline of prospective projects in preliminary stages or in progress, with an estimated net capacity of more than 5,000 MW.

“Our acquisition of Alterra is about accelerating our growth and taking Innergex to the next level,” said Michel Letellier, President and Chief Executive Officer of Innergex. “We are one of the largest independent renewable energy producers in Canada, with a market cap of more than $1.8 billion, a strong balance sheet, a more diversified asset base, and a sizeable project pipeline that places us on a substantial growth trajectory.”

“This transaction gives us a stronger platform for solid, long-term growth in the United States, the world’s second largest growth market for renewables. By combining the Innergex and Alterra teams, and leveraging Alterra’s U.S. development expertise, we can significantly expand our presence in the U.S. market as well as Canada, Latin America and Europe,” said Letellier. “It’s another significant step forward in Innergex’s international expansion, which should be beneficial for our shareholders.”

Concurrently with the closing of the acquisition, the Corporation has successfully completed the financing of the cash portion of the Transaction. La Caisse, one of its main shareholders, provided Innergex with a $150 million subordinated unsecured 5-year term loan at a competitive interest rate.

Increase to the revolving credit facilities

Innergex is also pleased to announce that its revolving credit facilities were increased by $225 million to $700 million, led by BMO Capital Markets, National Bank Financial Inc. and TD Securities as Co-Lead Arrangers and Joint Book Managers. This increase enables the Corporation to pursue the development of its asset portfolio and the construction of its projects. The maturity of the revolving credit facilities remains December 2022.

The Innergex common shares issuable to Alterra shareholders with the transaction represent an ownership of approximately 18% of the combined corporation.

Ross Beaty appointed to Board

Mr. Ross Beaty, Executive Chairman of Alterra, has agreed to a 12-month holding period of the Innergex shares he received through the transaction. As of today, Mr. Beaty joins the Innergex’s Board of Directors.

“We welcome Ross Beaty as a new director on the Innergex board. His extensive industry knowledge and insight will bring significant value to Innergex and will help advance the successful integration of the two companies,” said Mr. Jean La Couture, Chairman of the Board of Innergex.

Delisting of Alterra shares
The common shares of Alterra are expected to be delisted from the Toronto Stock Exchange (TSX) effective as of the closing of the market on February 7, 2018 and Alterra has applied to cease to be a reporting issuer under applicable Canadian securities laws.

The Corporation develops, acquires, owns and operates run-of-river hydroelectric facilities, wind farms, solar photovoltaic farms and geothermal power generation plants. As a global player in the renewable energy sector, Innergex conducts operations in Canada, France, the United States and Iceland. Innergex manages a large portfolio of assets currently consisting of interests in 63 operating facilities with an aggregate net installed capacity of 1,502 MW (gross 2,686 MW), including 34 hydroelectric facilities, 24 wind farms, three solar farms and two geothermal facilities. It also includes interests in two projects under construction with a net installed capacity of 107 MW (gross 210 MW) and prospective projects at different stages of development with an aggregate net capacity of over 8,500 MW. Innergex Renewable Energy Inc. is rated BBB- by S&P. The Corporation’s strategy for building shareholder value is to develop or acquire high-quality facilities that generate sustainable cash flows and provide an attractive risk-adjusted return on invested capital and to distribute a stable dividend.

Principal Risks and Uncertainties
Estimated project costs, expected obtainment of permits, start of construction, work conducted and start of commercial operation for Development Projects or Prospective Projects and estimated capacity growth
For each development project, the Corporation provides an estimate of project costs based on its extensive experience as a developer, directly related incremental internal costs, site acquisition costs and financing costs, which are eventually adjusted for the projected costs provided by the engineering, procurement and construction (“EPC”) contractor retained for the project.
The Corporation provides indications regarding scheduling and construction progress for its Development Projects and indications regarding its Prospective Projects, and estimated capacity growth based on its extensive experience as a developer.
Performance of counterparties, such as the EPC contractors
Delays and cost overruns in the design and construction of projects
Obtainment of permits
Equipment supply
Interest rate fluctuations and financing risk
Relationships with stakeholders
Regulatory and political risks
Higher-than-expected inflation
Natural disaster
Outcome of insurance claims