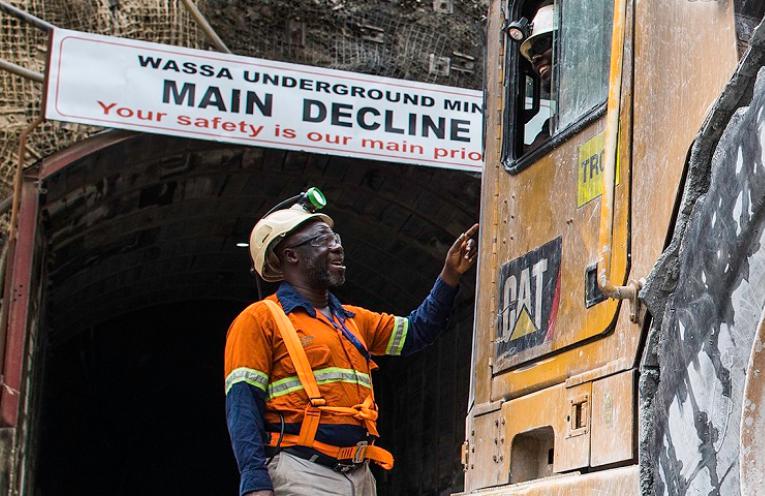 Golden Star’s shareholders approved the private placement by La Mancha at a special meeting held on September 17, 2018, with 98.95% of votes cast in favour of the transaction.

Toronto based Golden Star is an established gold mining company that owns and operates the Wassa and Prestea mines in Ghana, West Africa.

HIGHLIGHTS
 La Mancha has invested approximately $125.7 million in cash into Golden Star through a private placement
 Following the receipt of the funds yesterday, La Mancha has been issued 163,210,500 Golden Star common shares, representing approximately 30% of the outstanding share capital (on a non-diluted basis) after giving effect to La Mancha’s investment
 The investment strengthens Golden Star’s balance sheet and provides the Company with increased financial capacity to unlock organic growth opportunities and participate in the consolidation of the African gold sector
 Golden Star’s shareholders have voted to approve the private placement by La Mancha, with 98.95% of votes cast in favour
 Two new directors have been appointed to Golden Star’s Board as part of La Mancha’s right to appoint up to three nominees
o Andrew Wray, Chief Executive Officer of La Mancha, and Graham Crew, La Mancha’s second nominee, have joined the Board with immediate effect
 Golden Star intends to release further information on the use of proceeds from this transaction during the fourth quarter of 2018

Sam Coetzer, President and Chief Executive Officer of Golden Star, commented:
“This strategic investment from La Mancha secures Golden Star’s platform for growth as a leading African gold producer. It will allow us to expedite our exploration and expansion programs at both our Wassa Underground and Prestea Underground Gold Mines as well as providing us with a funding position to participate in the consolidation of the African gold mining sector. It is transformative for our balance sheet, providing both strength and flexibility as we move forwards, and it verifies the strong potential of our assets and the calibre of our management team. I am delighted to welcome Andrew and Graham to our Board and I am confident that their combined operational, corporate and financial experience in the mining industry will be beneficial as we focus on delivering the next phase of Golden Star’s growth across Africa.”

The long term nature of the strategic relationship is demonstrated by La Mancha’s agreement to a two year equity lock-up on the Golden Star shares, as well as to certain customary standstill provisions. La Mancha also has anti-dilution rights, which provide the ability for La Mancha to maintain its approximate 30% equity stake in Golden Star, and customary registration rights.

Golden Star’s shareholders approved the private placement by La Mancha at a special meeting held on September 17, 2018, with 98.95% of votes cast in favour of the transaction.

Appointment of two directors to Golden Star’s Board

La Mancha has the right to nominate up to three representatives to Golden Star’s Board of Directors and two nominees have joined the Board with immediate effect. La Mancha expects to nominate a third Director at the next Annual General Meeting or earlier in the event of a vacancy. La Mancha’s two nominees are Andrew Wray, Chief Executive Officer of La Mancha, and Graham Crew.

Andrew Wray
Andrew joined La Mancha as Chief Executive Officer in early 2018. He was most recently Chief Financial Officer of Acacia Mining and has nearly ten years of direct mining experience. Prior to that, Andrew worked with the Corporate Finance team at JP Morgan Cazenove. He has over 15 years of experience in advising companies in capital-raising activities and other strategic objectives. Prior to joining JP Morgan, Andrew worked for the Kuwait Investment Office in London, having dealt with its portfolio of investments in Spain. Andrew holds an Honours Degree from University College London.

Graham has over 25 years of operational, technical and corporate experience in the mining industry. A mining engineer by background, he is General Manager Mining for Barminco Limited, a global underground mining services provider, and he previously held the position of General Manager of the Bulyanhulu mine for Acacia Mining. Prior to that, he was the Operations Manager for La Mancha’s Australian operations for five years and he has held a number of other technical positions for mining companies in various geographies. He has a strong track record of transforming operations through development of vision and strategy and disciplined implementation and he has experience of construction projects, due diligence, project evaluation and project financing.

Golden Star intends to consolidate its issued and outstanding common shares on a 5:1 ratio (“the Consolidation”). The Consolidation was also approved by the Company’s shareholders at the special meeting on September 17, 2018, with 96.62% of votes cast in favour.

Prior to the La Mancha transaction, there were 380,824,555 Golden Star common shares issued and outstanding. Now that the La Mancha transaction is complete, there are 544,035,055 shares issued and outstanding, and once the Consolidation is implemented by the Company, this number will become approximately 109 million shares. Golden Star expects to implement the Consolidation during the fourth quarter of 2018.

Golden Star is an established gold mining company that owns and operates the Wassa and Prestea mines in Ghana, West Africa. Listed on the NYSE American, the Toronto Stock Exchange and the Ghanaian Stock Exchange, Golden Star is focused on delivering strong margins and free cash flow from its two high grade, low cost underground mines. Gold production guidance for 2018 is 225,000-235,000 ounces at a cash operating cost per ounce of $790-830. As the winner of the PDAC 2018 Environmental and Social Responsibility Award, Golden Star is committed to leaving a positive and sustainable legacy in its areas of operation.