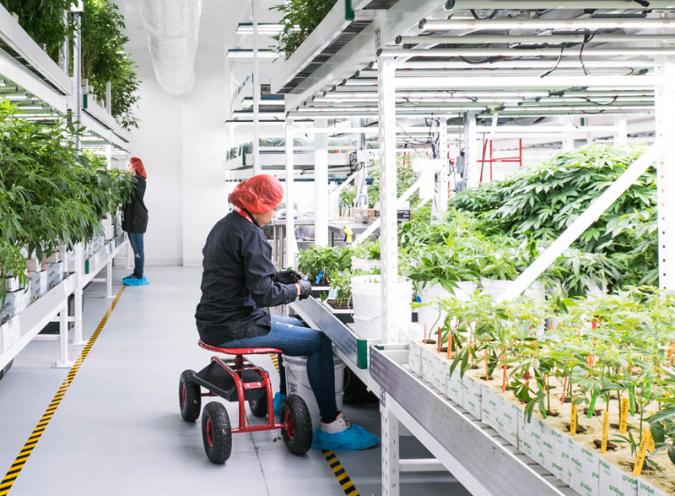 Ladera Ventures Corp. (TSX-V: LV.H) has entered into a binding letter agreement dated as of April 27, 2018 with leading Los Angeles, California based cannabis company MM Enterprises USA, LLC (MedMen) If completed, the transaction will constitute as a reverse take-over (RTO) of Ladera by MedMen.

Vancouver, British Columbia – April 30, 2018 – Ladera Ventures Corp. [TSXV: LV.H] (“Ladera” or the “Company”) is pleased to announce that it has entered into a binding letter agreement dated as of April 27, 2018 (the “Letter Agreement”) with leading Los Angeles-based cannabis company MM Enterprises USA, LLC (“MedMen Enterprises”). The Letter Agreement outlines the proposed terms and conditions pursuant to which Ladera and MedMen Enterprises will effect a business combination that will result in a reverse takeover of Ladera by the securityholders of MedMen Enterprises (the “Proposed Transaction”). The Letter Agreement was negotiated at arm’s length. MedMen Enterprises has elected to terminate its previously announced binding letter agreement with OutdoorPartner Media Corporation in respect of a proposed business combination in accordance with the terms thereof, and OutdoorPartner Media has consented to such termination.

The Proposed Transaction will be structured as an amalgamation, arrangement, takeover bid, share purchase or other similar form of transaction or a series of transactions that have a similar effect with Ladera acquiring all voting securities of MedMen Enterprises. The final structure for the Proposed Transaction is subject to satisfactory tax, corporate and securities law advice for both Ladera and MedMen Enterprises.

MedMen Enterprises currently intends to complete a brokered private placement (the “MedMen Financing”) to accredited investors of subscription receipts (the “MedMen Subscription Receipts”). MedMen Enterprises has engaged Cormark Securities Inc. and Canaccord Genuity Corp., leading Canadian independent investment dealers, to act as co-bookrunners in connection with the MedMen Financing. The MedMen Subscription Receipts are proposed to be exchanged for post-Consolidated Ladera Shares in connection with the Proposed Transaction.

The Common Shares of the Company will remain halted until all necessary filings have been accepted by applicable regulatory authorities.

For more information please contact the Company at 778-331-8505 or email: sackerman@emprisecapital.com

On Behalf of the Board of Directors of Ladera Ventures Corp.

The TSX Venture Exchange Inc. has in no way passed upon the merits of the Proposed Transaction and has neither approved nor disapproved the contents of this news release.