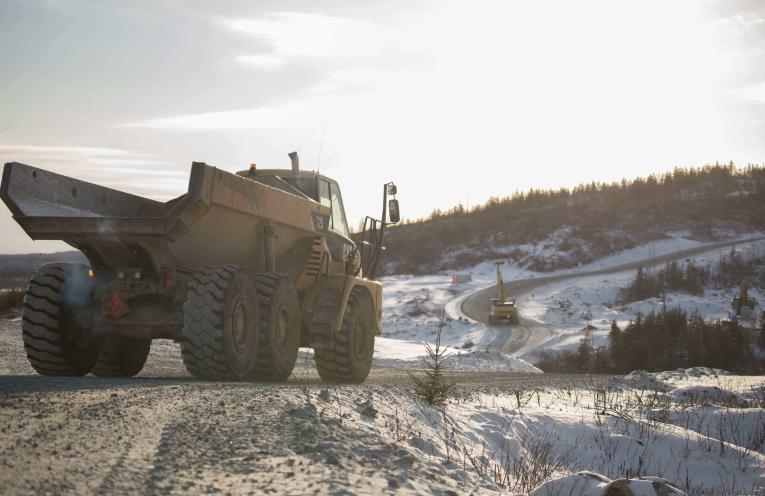 Nemaska Lithium Inc. (TSX: NMX; OTCQX: NMKEF; FSE: N0T) is pleased to update its project financing plans and confirm that it has entered into a US $150 million streaming agreement with Orion Mine Finance II LP.

The streaming agreement together with CDN $99 million equity investment and US $300-350 million debt financing form part of overall US $775-825 million financing structure to fund the construction, commissioning, working capital and reserve funds for its Whabouchi lithium mine and Shawinigan electrochemical plant.

In a press release dated March 28, 2018, Nemaska Lithium outlined the components of its overall USD 775 – 825M financing structure to fund the construction, commissioning, working capital and reserve funds for its Whabouchi lithium mine and Shawinigan electrochemical plant (the “Project Financing”) and also for general corporate working capital.

Since that time, the Corporation has made steady progress on the following:

• Equity offerings through private and/or public offerings – the Corporation:
 Obtained, on March 29, 2018, a receipt from Canadian securities regulatory authorities for its final base shelf prospectus (filed on Sedar the same day);
 Issued, on April 5, 2018, a press release outlining the agreed terms of a private placement for up to CAD 99M with SoftBank Group Corp. to hold no more than 9.9% of the shares outstanding once the project financing is completed; and
 Expects to provide further details in the short-term on current discussions for the additional equity financing required;

“We have made solid progress in our project financing endeavours over the past couple of weeks, firstly with a private placement with SoftBank, a global technology leader, and now with the signing of this agreement with Orion, a leading and well-regarded financier in the mining industry,” said Guy Bourassa, President & C.E.O. of Nemaska Lithium. “This Streaming Agreement is a financing tool which limits shareholder dilution, lowers Nemaska Lithium’s cost of capital, and is under terms which are both competitive and flexible,” Bourassa continued.

Michael Barton, Portfolio Manager at Orion Resource Partners (UK) LLP said, “Orion is delighted to become a major investor in one of the most exciting lithium projects globally. We look forward to supporting Nemaska Lithium as Whabouchi and Shawinigan enter the next phase of development.”
The Streaming Agreement provides for the sale and delivery to Orion of 14.5% on all lithium hydroxide and lithium carbonate produced at the Shawinigan plant and sold to third parties (collectively, “Stream Products”). Orion’s purchase price paid to Nemaska Lithium under the Streaming Agreement will be 40%
Page 2 of 4
of the sales proceeds of such Stream Products. Nemaska Lithium will act as Orion’s agent in the sale of the Stream Products to third-party off-takers. Through this arrangement, Orion will receive 60% of the sales proceeds from such Stream Products, which will result in Orion receiving a net portion of approximately 8.7% of the Stream Products sales. The maximum amount of Stream Products deliverable per year will not exceed the equivalent of 5,000 tonnes of refined lithium products.

In consideration of the Streaming Agreement, Orion will make an advance payment equal to USD 150M to Nemaska Lithium Shawinigan Transformation Inc., a wholly-owned subsidiary of Nemaska Lithium. The advance payment will be released in two equal tranches of USD 75M with the first tranche expected to be payable once the Project Financing is in place and once Nemaska Lithium has satisfied certain customary conditions which it expects to satisfy soon after the Project Financing completion. The second tranche will be payable upon the satisfaction of certain technical and other customary conditions that must be satisfied no later than December 31, 2019. In the event that these latter conditions are not satisfied, the second tranche will not be released and the percentage of Stream Products will be reduced from 14.5% to 7.5%.

Nemaska Lithium is a developing chemical company whose activities will be vertically integrated, from spodumene mining to the commercialization of high-purity lithium hydroxide and lithium carbonate. These lithium salts are mainly destined for the fast-growing lithium-ion battery market, which is driven by the increasing demand for electric vehicles and energy storage worldwide. With its products and processes, Nemaska Lithium intends to facilitate access to green energy, for the benefit of humanity.
The Corporation will be operating the Whabouchi mine in Québec, Canada, one of the richest lithium spodumene deposits in the world, both in volume and grade. The spodumene concentrate produced at the Whabouchi mine will be processed at the Shawinigan plant using a unique membrane electrolysis process for which the Corporation holds several patents.

The Orion Mine Finance Group is a mining-focused investment business with USD 4.5 billion under management (as of January 31, 2018). Orion specializes in providing comprehensive and customized capital investment solutions to mining companies.