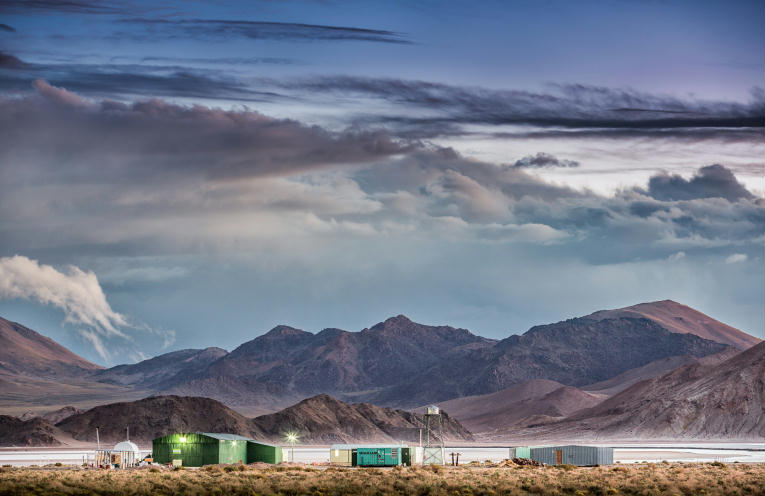 It is expected that the Shares will be de-listed from the TSX Venture Exchange and that Lithium X will cease to be a reporting issuer.

NextView is an active investment firm with offices in Beijing and Shanghai. It manages over RMB30 billion assets and invests in new energy, resources, TMT, sports and consumer sectors.

Vancouver, BC – Lithium X Energy Corp. (“Lithium X” or the “Company”) (TSXV: LIX) (OTC: LIXXF) is pleased to announce the completion of the previously announced plan of arrangement (the “Arrangement”) between the Company and NextView New Energy Lion Hong Kong Limited (“NextView”) whereby all of the issued and outstanding common shares (the “Shares”) and common share purchase warrants (the “Warrants”) of Lithium X were acquired by NextView’s wholly-owned British Columbia subsidiary, NNEL Holding Corp. (“NNEL Holding”).

It is expected that the Shares will be de-listed from the TSX Venture Exchange and that Lithium X will cease to be a reporting issuer.

Registered holders of Lithium X securities should send their completed and executed letters of transmittal and certificates representing their Lithium X Shares and Warrants to the depositary, Computershare Investor Services Inc., in order to receive the consideration to which they are entitled under the Arrangement. A copy of the letter of transmittal is available under the Company’s profile on SEDAR at www.sedar.com.

NextView stated: “We are delighted to have completed the acquisition of Lithium X whose wholly-owned Sal de los Angeles lithium project in Argentina (the “SDLA Project”) represents a perfect fit with our strategy to invest in long-life lithium assets with near-term production. The SDLA Project has a world class mineral resource exceeding 2 million tonnes of lithium carbonate equivalent, advanced production and processing technology, and a clear roadmap to achieving design capacity. The acquisition secures long-term supply of battery grade lithium, a critical raw material for manufacturing electric vehicle (“EV”) batteries and firmly establishes our upstream presence on the EV supply chain. The growth outlook for the new energy and EV sectors in China and globally remains very strong and we are committed to continuing to make investments in high quality assets along the value chain.”

Lithium X Energy Corp. is a lithium exploration and development company with a goal of becoming a low-cost supplier for the burgeoning lithium battery industry. The Company holds two projects in the prolific “Lithium Triangle” in mining friendly Salta province, Argentina as well as participating in the Clayton Valley in Nevada through its ownership interest in Pure Energy Minerals Limited (“Pure Energy”). The Company’s wholly-owned flagship project is the Sal de los Angeles lithium brine project. The project consists of approximately 8,747.50 hectares of Salar de Diablillos, and has an NI 43-101 mineral resource estimate of 1.037 million tonnes of lithium carbonate equivalent in the indicated category and 1.007 million tonnes of lithium carbonate equivalent in the inferred category. The Company’s second Argentinian project, the Arizaro lithium brine project, consists of 33,846 hectares covering part of the western and eastern portions of the Salar de Azario, one of the largest known salt lakes in the world. In Nevada, the Company consolidated its Clayton Valley holdings with those held by Pure Energy, in the process becoming Pure Energy’s largest shareholder, holding approximately 19% of Pure Energy’s outstanding common shares.

For additional information about Lithium X Energy Corp., please visit the Company’s website at www.lithium-x.com or review the Company’s documents filed on www.sedar.com.

Shanghai NextView is committed to continuing to invest in global lithium resources and the new energy/electric vehicle sector, achieving an influential position globally and taking advantage of its unique access to the Chinese market.