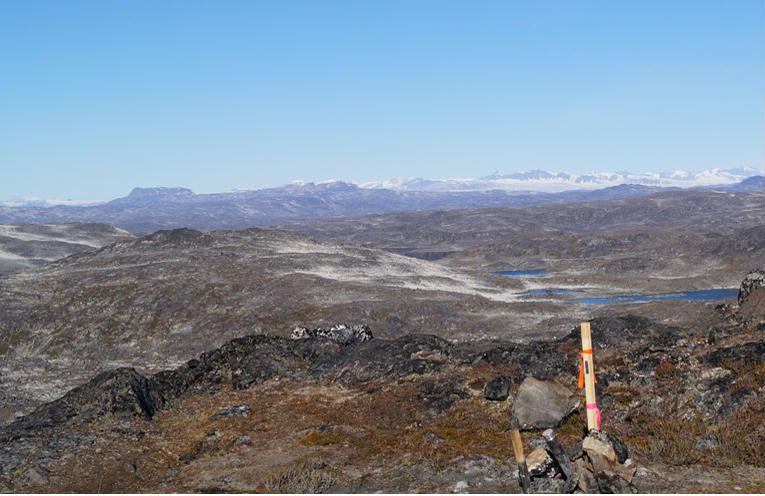 Ningde, Fujian based CATL is a Chinese technology company founded in 2011 specializing in the manufacturing of lithium-ion batteries for electric vehicles and energy storage systems, as well as battery management systems.

CATL now beneficially owns, or exercises control or direction over, 200,000,000 common shares, representing approximately 25.38% of the currently issued and outstanding common shares. CATL will have pre-emptive rights and the right to nominate one director to the board of directors of NAN.

Sentient, beneficially owns, or exercises control or direction over, 369,809,820 common shares or approximately 46.93% of the currently issued and outstanding common shares.

Vancouver, British Columbia, April 19, 2018 — North American Nickel Inc. (the “Company” or “NAN”) (TSX VENTURE: NAN) (OTCBB: WSCRF) (CUSIP: 65704T 108) is pleased to announce that it has closed its previously announced non-brokered private placement (the “Placement”) (See the Company’s news release dated March 29, 2018) of units of the Company (“Units”). Each Unit consists of one common share of the Company (each a “Common Share”) and one-half of one common share purchase warrant (each whole warrant, a “Warrant”), with each Warrant entitling the holder thereof to purchase one Common Share at an exercise price of $0.12 per Common Share for a period of 24 months from its date of issuance. Aggregate gross proceeds of $17,500,000.00, were raised through the issuance of 233,333,333 Units pursuant to the Placement. The Placement includes a $15,000,000 strategic investment from Contemporary Amperex Technology Co., Limited (“CATL”).

NAN CEO, Keith Morrison, commented: “It is a great pleasure to welcome CATL to NAN. CATL is a leading global manufacturer and technology developer of advanced Li-Ion batteries. Performance optimized Li-Ion batteries are contingent on increasing the amount of Ni in each battery cathode. CATL is very well positioned to benefit from the electrification of transportation in China and globally. This commitment from CATL alongside our existing institutional shareholders is a pivotal milestone for the Company. Now with our treasury, and the combined leadership of Dr. Peter Lightfoot and our experienced NiS exploration team, NAN will execute our 2018 plan – including drilling of high volumes of prospective melanorites at Maniitsoq, Greenland, drilling at our Post Creek property in Sudbury, Canada and aggressively evaluating new additional prospective NiS projects.”

CATL subscribed for a total of 200,000,000 Units under the Placement. CATL, an insider and a related party of the Company, now beneficially owns, or exercises control or direction over, 200,000,000 Common Shares constituting approximately 25.38% of the currently issued and outstanding Common Shares. CATL will have pre-emptive rights and the right to nominate one director to the board of directors of NAN. For further information regarding CATL please visit http://www.catlbattery.com.

Sentient Executive GP IV, Limited (in its capacity as the general partner of Sentient Global Resources Fund IV, L.P) (collectively, “Sentient”) subscribed for a total of 13,333,333 Units under the Placement. Sentient, beneficially owns, or exercises control or direction over, 369,809,820 Common Shares constituting approximately 46.93% of the currently issued and outstanding Common Shares.

Due to the fact that Sentient is an insider and related party, its subscription is considered a “related party transaction” within the meaning of the TSX Venture Exchange Policy 5.9 and Multilateral Instrument 61-101 – Protection of Minority Security Holders in Special Transactions (“MI 61-101”). The Company intends to rely on the exemptions from the formal valuation and minority shareholder approval requirements of MI 61-101 contained in sections 5.5(b) and 5.7(a) of MI 61-101 as no securities of the Company are listed or quoted on any of the markets specified in MI 61-101 and neither the fair market value of the Units nor the aggregate proceeds of the Placement exceeds 25% of the Company’s market capitalization. The Company expects to file a material change report in respect of the Placement less than 21 days prior to the anticipated closing of the Placement, which the Company deems reasonable in the circumstances so as to be able to avail itself of the proceeds of the Placement in an expeditious manner.

The Company intends to use the net proceeds of the Placement for the commencement of a work program and additional exploration and drilling activities to be completed at the Company’s Maniitsoq project in Greenland and for general corporate and working capital purposes.

Paradigm Capital acted as advisor to the Company in connection with the Placement.

The Maniitsoq property in Greenland is a Camp scale permitted exploration project comprising 2,985 square km covering numerous high-grade nickel-copper + cobalt sulphide occurrences associated with norite and other mafic-ultramafic intrusions of the Greenland Norite Belt (GNB). The >75km-long belt is situated along, and near, the southwest coast of Greenland accessible from the existing Seqi deep water port with an all year-round shipping season and hydroelectric power potential from a quantified watershed.
The Post Creek/Halcyon property in Sudbury is strategically located adjacent to the past producing Podolsky copper-nickel-platinum group metal deposit of KGHM International Ltd. The property lies along the extension of the Whistle Offset dyke structure. Such geological structures host major Ni-Cu-PGM deposits and producing mines within the Sudbury Camp.

ON BEHALF OF THE BOARD OF DIRECTORS
Mark Fedikow
President
North American Nickel Inc.

Neither the TSX Venture Exchange nor its Regulation Services Provider (as that term is defined in the policies of the Exchange) accepts responsibility for the adequacy or accuracy of this release.