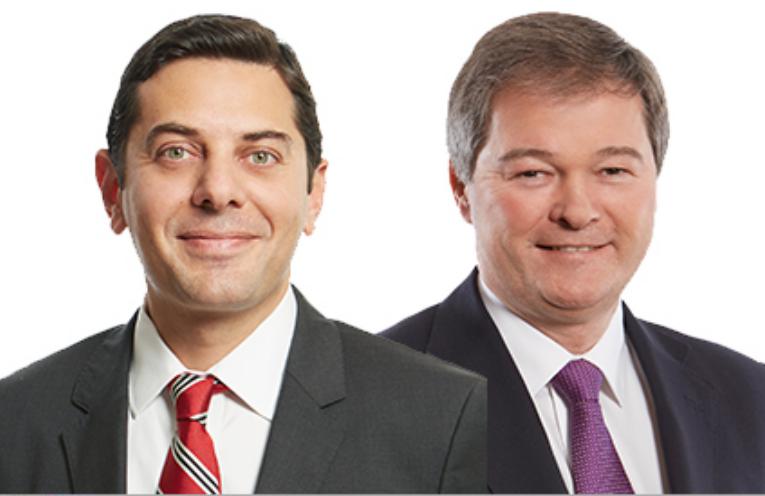 Effective immediately, Ziad Hindo, who joined Ontario Teachers’ in 2000, has been appointed Chief Investment Officer and Jo Taylor, has been appointed to the newly-created role of Executive Managing Director, Global Development, effective immediately. Taylor, who joined Ontario Teachers’ in 2012, will relocate to Toronto from London.

Hindo and Taylor will report to Ron Mock, OTPP’s President and CEO.

TORONTO – Ontario Teachers’ Pension Plan (Ontario Teachers’) is pleased to announce the appointment of two new members to its executive team. Ziad Hindo, a veteran investment professional who joined Ontario Teachers’ in 2000, has been appointed Chief Investment Officer, effective immediately. In this role Mr. Hindo will be responsible for overseeing the Investments Division and overall investment portfolio. Mr. Hindo, who most recently led the Capital Markets department, will report to Ron Mock, President and CEO.

Jo Taylor, who has more than 30 years of experience in the private equity and venture capital industries, is being promoted to the newly-created role of Executive Managing Director, Global Development, effective immediately. Mr. Taylor, who most recently ran Ontario Teachers’ international investment operations out of London and Hong Kong, will be responsible for elevating the organization’s global mindset. He and Mr. Hindo will design and execute the pension plan’s international investment strategy and presence. Mr. Taylor, who joined Ontario Teachers’ in 2012, will report to Mr. Mock and will relocate to Toronto from London.

“These appointments clearly demonstrate the strength of our pool of talent,” said Ron Mock, President and CEO. “Supported by their world-class teams, I am confident that Ziad and Jo will be very successful in advancing our investment strategy using a total fund approach and global mindset.”

About Ontario Teachers’
The Ontario Teachers’ Pension Plan (Ontario Teachers’) is Canada’s largest single-profession pension plan, with $189.5 billion in net assets at December 31, 2017. It holds a diverse global portfolio of assets, approximately 80% of which is managed in-house, and has earned an average annualized rate of return of 9.9% since the plan’s founding in 1990. Ontario Teachers’ is an independent organization headquartered in Toronto. Its Asia-Pacific region office is located in Hong Kong and its Europe, Middle East & Africa region office is in London. The defined-benefit plan, which is fully funded, invests and administers the pensions of the province of Ontario’s 323,000 active and retired teachers. For more information, visit otpp.com and follow us on Twitter @OtppInfo.