POTLOC closes $2.5M round of financing led by Ecofuel Fund

In: Venture Capital Deals, Quebec, IT and Telecom 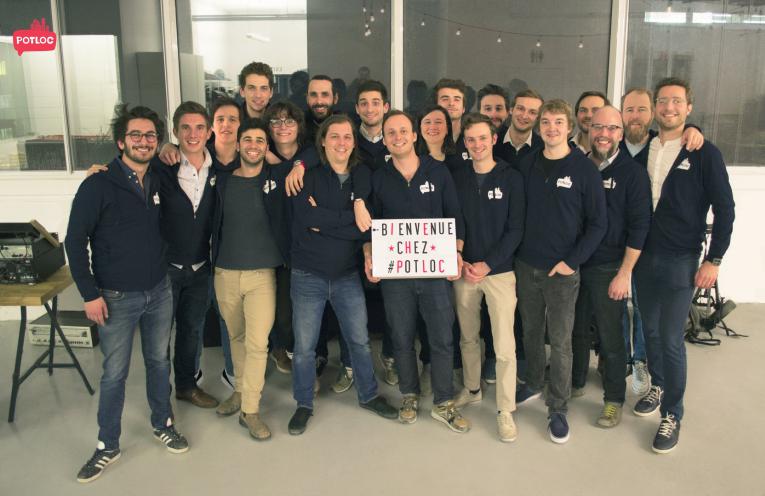 POTLOC plans to open offices in Paris and Toronto, in addition to its offices in Montreal and Lille in France.

POTLOC closes a new funding round at $2.5m

MONTREAL, June 19, 2018 /CNW Telbec/ – POTLOC, the Montreal startup for location-based consumer market studies, closed a new funding round at $2.5 million. Ecofuel Fund, a seed investment fund for clean technologies, led the funding round, closing with an oversubscription surpassing the targeted amount fivefold. POTLOC has attracted notable investors such as Desjardins Capital and CapHorn Invest, a French venture capital firm making its first investment in Canada. The initial investors, BDC Capital and renowned angel investors like Robert Dutton, the former RONA (acquired by Lowe’s) CEO, are reinforcing their trust in the Montreal startup.

Thanks to this recent financing, POTLOC is expanding its team and investing heavily in R&D to develop its technology platform. Its objective is to establish itself as a leader in the consumer market research for the retail industry and commercial real estate. As it expands, POTLOC plans to open branches in Paris and Toronto, in addition to the offices the startup already runs out of Montreal and Lille in France. The company foresees launching an even more ambitious new funding round in 2019.

“POTLOC holds an innovative position within a market that is undergoing a complete transformation; its technological leadership promises significant potential growth for the years to come.”

“The enthusiasm we received from our initial investors is emblematic of their confidence in our team and we are pleased to be able to count on the support of new specialized investors for our next stages of development,” declares Rodolphe Barrere, POTLOC’s co-founder and co-CEO.

“It all started as a gamble,” explain the co-founders. “We were trying to predict whether the businesses in our neighbourhood would survive or die. After a few months, we realized nearly all of our predictions were accurate. This is how we recognized the sheer power of local knowledge. This collective intelligence is invaluable for professionals in the retail sphere. The only challenge was how we could capture this knowledge at the lowest price.”

With its technology, POTLOC is able to capture geotargeted consumer insights, completely disrupting the market research industry for retail and commercial real estate. The technology POTLOC has developed is capable of replacing costly and tedious telephone surveys with participatory geolocation campaigns through social media.

POTLOC conducts thousands of consumer studies in order to understand the behaviours and needs of consumers, from one neighbourhood to the next. POTLOC helps large retailers (Loblaw, Decathlon, Carrefour, Aldo) and commercial real estate companies (Ivanhoé Cambridge, Cadillac Fairview, Klépierre) better understand their clientele on a local level.

“Today, social media provides the best method for surveying consumers quickly and at the lowest cost. Statistical bias is always present, however the POTLOC method provides a significantly lower bias than that of traditional surveys. More Canadians have a Facebook account than a landline!” explains Rodolphe Barrere, co-CEO.

Ecofuel Fund is a seed investment fund and accelerator; offering specialized and personalized programs to clean tech companies. Propelled by Cycle Capital, Ecofuel works with entrepreneurs to assist them in launching companies that aim to break through markets on an international scale.