PSP Investments to acquire Downsview Airport property for US $635M 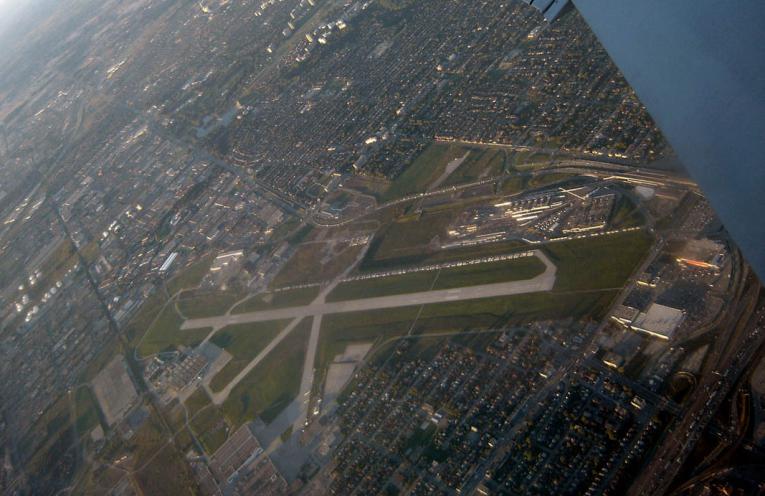 The Public Sector Pension Investment Board (PSP Investments) has entered into a definitive agreement with Bombardier Inc.(TSX: BBD.B) to acquire its Downsview Airport property in Toronto for approximately US $635 million. The transaction is expected to close in the second quarter of 2018.

Bombardier will operate from Downsview for a period of up to three years following closing, with two optional one-year extension periods.

Montréal, Canada (May 3, 2018) — The Public Sector Pension Investment Board (PSP Investments) today announced that it has entered into a definitive agreement with Bombardier Inc. to acquire its Downsview Airport property in Toronto.

“This investment is a perfect fit for PSP as it supports our long-term real estate investment strategy,” said Neil Cunningham, President and CEO, PSP Investments. “We have a stellar track-record in working with large, complex projects across our entire investment portfolio, and we are proud of our continued commitment to investing in Canada.”

Located in the North York district of Toronto, Downsview spans approximately 370 acres. It is surrounded by world-class research and innovation centers and benefits from proximity and connectivity to public transportation and highways. A global leader in the transportation industry, Bombardier has owned and operated the site since the early 1990s, using it to manufacture and test its Global series and Q400 aircrafts. Under the terms of the agreement, Bombardier will operate from Downsview for a period of up to three years following closing, with two optional one-year extension periods.

“We are excited to be given the opportunity to invest in this community and we look forward to listening to and collaborating with all stakeholders in Toronto, Ontario and Canada,” added Kristopher Wojtecki, Managing Director, Real Estate, PSP Investments. “This investment is important for PSP as it allows us to expand our real estate footprint in a global city which is in our backyard.”

The Public Sector Pension Investment Board (PSP Investments) is one of Canada’s largest pension investment managers with $139.2 billion of net assets under management as of September 30, 2017. It manages a diversified global portfolio composed of investments in public financial markets, private equity, real estate, infrastructure, natural resources and private debt. Established in 1999, PSP Investments manages net contributions to the pension funds of the federal Public Service, the Canadian Forces, the Royal Canadian Mounted Police and the Reserve Force. Headquartered in Ottawa, PSP Investments has its principal business office in Montréal and offices in New York and London. For more information, visit www.investpsp.com or follow us on Twitter @InvestPSP.