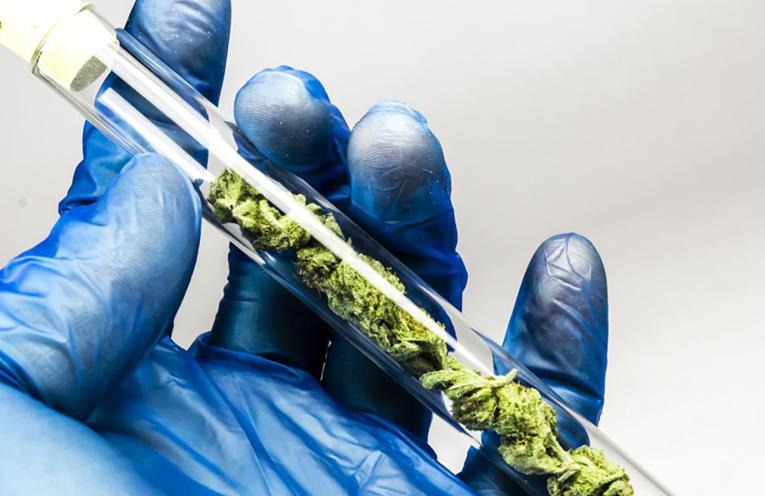 With the closing of the financing, Trait has appointed Joseph del Moral, Hannan Fleiman and Ronan Levy to CEO, President and Chief Strategy Officer respectively. del Moral and Levy have also joined Trait’s board of directors. Kimberly Harrison, Trait’s former CEO and one of co-founders, has assumed newly created role of Chief Development Officer.

Trait intends to use new funds for the continuing research and patent creation, as well as the construction of a second research laboratory in Toronto, Canada.

Trait is developing critical technologies that offer breakthroughs for consumers and producers in the cannabis industry, with an internationally recognized science team led by Dr. Richard Sayre. Dr. Sayre has been recognized by Nature as one of the “top five crop researchers who could change the world.”

The funds will be invested in continuing research and patent creation, as well as the construction of a second research laboratory in Toronto, Canada.

Trait’s Consumer Division is developing enhanced cannabinoids to have improved taste, scent, onset, bioavailability and stability. It also has a proprietary process for generating water-soluble cannabinoids that does not rely on nanotechnology, solving a major barrier for cannabis beverages and edibles.

Trait’s Producer Division is working with ultrahigh yield “Super Producer” cannabis plants that can generate dramatically greater yields and RNAi plant protection technologies that reduce the accumulation of toxins in cannabis plants without the need for pesticides or fungicides.

These transformative technologies will be harnessed and brought to market by Trait’s newly appointed executive team, three proven leaders in the cannabis industry: Joseph del Moral, Hannan Fleiman and Ronan Levy. Mr. del Moral is taking over the role of CEO from Kimberly Harrison, one of Trait’s co-founders, who is moving into the newly created role of Chief Development Officer. Mr. Fleiman is assuming the position of President and Mr. Levy as Chief Strategy Officer. Mr. del Moral and Mr. Levy have also joined Trait’s board of directors.

Prior to Trait, the three new executives founded Canadian Cannabis Clinics and CanvasRx Inc. CanvasRx was acquired in 2016 by Aurora Cannabis Inc. Since then, Messrs. del Moral, Fleiman and Levy have been active investors and advisors in the industry, including Aurora.

“We are delighted that Joseph, Hannan, and Ronan have joined the Trait executive team,” said Michael Harrison, Trait’s Chairman. “It is a strong endorsement for what our scientific team has achieved since we launched a year ago. With the team’s vision, experience, and determination — supported by the funds from our recently completed financing — we are confident that Trait will become a dominant player and creative force in the cannabis industry.”

“It is exciting to be part of Trait,” said Mr. del Moral. “The technologies Dr. Sayre’s science team has developed are game-changing and immediately relevant. From the first efficient and scalable platform to produce water-soluble, full-profile cannabinoids, to the yield-enhancing “Super Producer” technology combined with its RNAi plant protection technology — all backed by a robust patent portfolio — Trait is going to play a significant role in the development of the cannabis industry.”

“Over the last two years, we’ve had the opportunity to vet hundreds of cannabis companies and technologies,” said Mr. Levy. “For us to be joining the executive team at Trait and also to be leading the current investment round, speaks volumes to the profound and immediate impact we expect Trait to have on the industry.”

In addition to the incoming executive team, which led the financing, investors in the round include Green Acre Capital, CannaIncome Fund, and senior executives from many of Canada’s largest licensed producers. Proceeds from the financing will be used, amongst other things, to build a research facility in the Greater Toronto Area and grow Trait’s science team in Canada.

With a team of internationally recognized scientists who are applying best-in-class technology and agricultural science, Toronto-based Trait is an emerging biotechnology leader in the cannabis industry. Its Consumer Division is developing technologies to create enhanced cannabinoids that have improved taste, scent, onset, bioavailability and stability, including a process for generating water-soluble cannabinoids that does not rely on nanotechnology. Trait’s Producer Division is developing technologies to increase yields and plant safety, including its ultrahigh yield “Super Producer” plants that can generate dramatically greater yields than other plants, and its RNAi crop protection platform, which reduces the accumulation of toxins in cannabis without the need for pesticides or fungicides, providing for more consistent and safer cannabis products.