In: Venture Capital Deals, Alberta, IT and Telecom 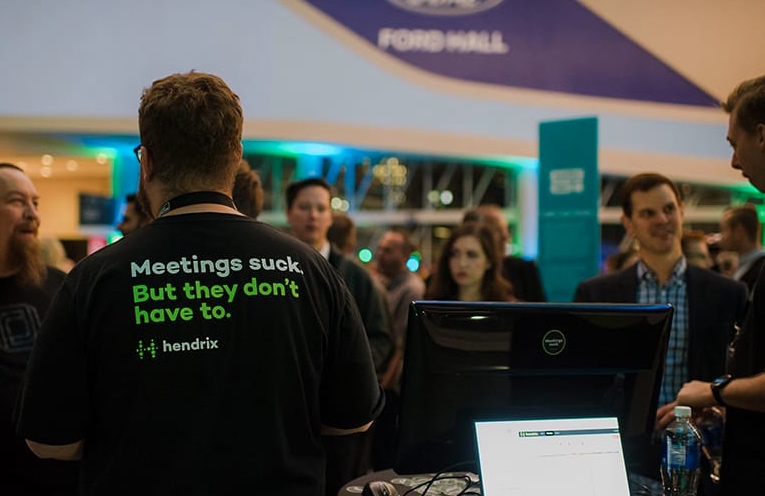 Accelerate Fund II is an early-stage angel co-investment fund, has announced its 4th investment and its 2nd in Edmonton, co-investing Testfire Labs, a developer of an artificial intelligence (AI) powered software platform that helps enterprises to make meetings more effective.

The City of Victoria, NAIT (Northern Alberta Institute of Technology), and C-Tribe Innovation Festival are beta customers currently having their meetings passively monitored by Hendrix, Testfire’s AI bot. Hendrix gets invited to the meeting just like a live participant and listens using speech-to-text technology and natural-language processing to takes notes, capture key action items, and feed key meeting data back to a database.

Beyond automating minute taking, Hendrix applies AI and machine learning to analyze meeting data to assess team and department productivity, and progress to corporate goals. Hendrix can detect the same theme covered in meetings by two departments and point out possible duplicate effort or an opportunity to bring groups together to collaborate. Hendrix also detects meetings that repeat the same topic or action items, which may indicate stalled progress on an initiative. With 40 million business meetings per day in the US and Canada, and with most management meetings costing more than $1000 per hour, medium and large enterprises are seeking direction on how to best use that time.

“What excites us the most about our investment into Testfire is how quickly they have developed from an idea, to a prototype, and now to a beta product being tested by 50 enterprise customers,” says Nate Glubish, Investment Manager for Accelerate Fund II. “Testfire is well positioned to harness the AI and Machine Learning expertise at the Alberta Machine Intelligence Institute here in Edmonton. It makes sense for an Edmonton-based startup to bring a product like Hendrix into the mainstream.”

Municipalities, manufacturing, engineering and finance businesses are among the initial types of enterprises to express interest in Testfire’s technology. This early market appetite has helped Testfire to seal distribution partnerships with national telecom partners including Iristel out of Toronto, and Voxter out of Vancouver. Hendrix is Testfire’s first commercial product, but the company is rapidly developing other products based on natural-language processing and machine learning to improve business productivity, conferencing and customer service.

“The Accelerate Fund II investment will help us to scale our efforts in business development, operations and sales and expand our development team. We’ll be able to accelerate our go-to-market plan, entering the US market and targeting large companies with our flagship product, Hendrix” said Dave Damer, CEO of Testfire Labs. “As we continue our rapid growth, we are excited to collaborate with the Accelerate Fund team to share our story with other angel and venture capital investors, and to turn Hendrix into an Edmonton-based mainstream success.”

About Testfire Labs
Testfire Labs, an Edmonton, Alberta, software startup, uses artificial intelligence (AI), natural-language processing and machine learning to develop enterprise productivity tools. Founded in 2017, Testfire already has received seed funding from Iris Technologies Inc. and various private investors, and was selected as a top startup to watch by Startup Edmonton. The company’s first product is Hendrix, a natural-language AI engine that uses machine learning to improve meetings — by providing transcripts, tracking action items, and connecting people and data throughout an organization. Access to the Hendrix beta version, which works with the conferencing services Zoom, join.me, GoToMeeting, UberConference, and WebEx, is available at https://hendrix.ai.