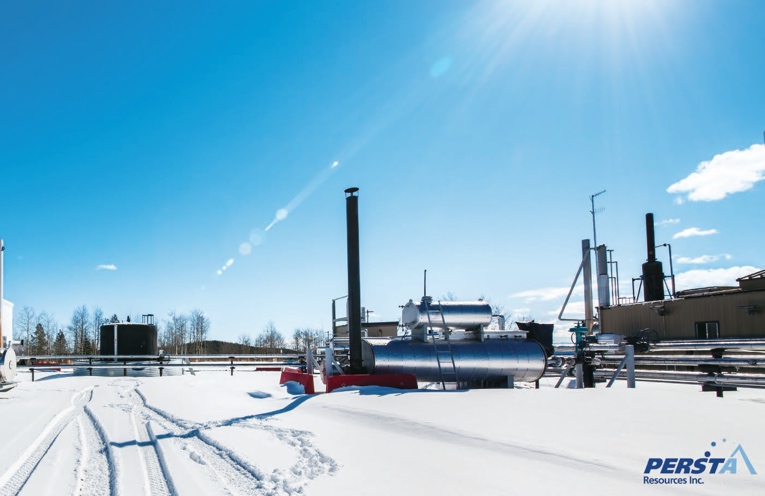 Founded in 2005, Persta Resources is engaged in natural gas and crude oil exploration and production, with a focus on natural gas. Persta is focused on long-term growth through exploration, development, production and acquisitions in the Western Canadian Sedimentary Basin.

Persta Resources completed an Initial Public Offering on the Hong Kong Stock Exchange in March 2017. Crown’s financing will be used for capital expenditures and to reduce the company’s senior debt facility.

Persta Resources is controlled by Aspen Investment Holdings Ltd. which is in turn controlled by two of Persta’s directors, Yuan Jing and Le Bo, and several others.

Founded in 2005, Persta is focused on long-term growth through exploration, development, production and acquisitions in the Western Canadian Sedimentary Basin. Persta was one of the first oil and gas companies to target the Spirit River/Wilrich zones in the Alberta foothills. Persta holds approximately 120,000 net acres of land and currently has production of approximately 3,100 barrels of oil equivalent production per day (“boepd”), of which approximately 94% is natural gas and 6% is oil and natural gas liquids. Persta completed an Initial Public Offering on the Hong Kong Stock Exchange in March 2017 and its common shares are listed under stock code 3395. Crown’s financing will be used for capital expenditures and to reduce the company’s senior debt facility.

“Persta has first-class assets in an attractive region and a highly accomplished management team that has been operating the company efficiently for the past 10 years,” said Chris Johnson, Crown’s President & CEO. “Despite a challenging environment, Persta has been able to generate significant cash flow based on its low production costs. The company has a low-risk, repeatable development program and is projecting significant increases in production as it continues to develop its Basing property and bring its Voyager property into production.”

“The Crown team has a deep knowledge of our industry and clearly understands the growth opportunity for Persta,” said Le Bo, President and CEO of Persta. “We’re pleased to add them as a financial partner as we implement our development plans and ramp up production.”

The Agreement provides for a $25 million term loan to Persta by Crown Capital Fund IV, LP, an investment fund managed by Crown and in which Crown holds a 36.5% interest. The term loan bears a fixed interest rate of 12% per annum, matures in 60 months, and includes the issue to Crown of warrants to acquire 8,000,000 common shares of Persta.

Crown (TSX: CRWN) is a specialty finance company focused on providing capital to successful Canadian and select U.S. companies. Crown also manages capital pools, including some in which Crown has a direct ownership interest. Crown originates, structures and provides tailored special situation and long-term financing solutions to a diversified group of private and public mid-market companies in the form of loans, royalties and other structures with minimal or no ownership dilution.