CVC and Sky to sell SBG to Stars for US $4.7B, CVC to become Stars largest shareholder 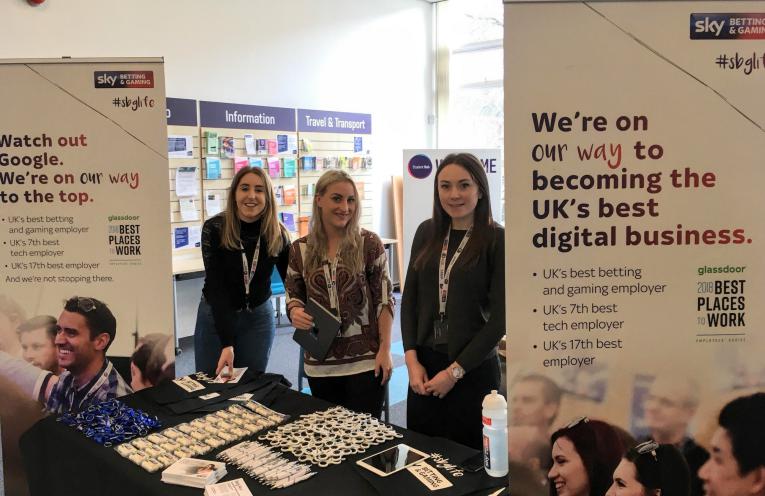 The Stars Group Inc. (NASDAQ: TSG; TSX: TSGI) has agreed to acquire Sky Betting & Gaming (SBG) from CVC Capital Partners and Sky plc (LSE: SKY) for US $4.7 billion, of which $3.6 billion is payable in cash and the remainder is payable in approximately 37.9 million newly issued common shares.

Formed by Sky in 2001, SBG is one of the leading operators in the UK’s online betting and gaming markets. CVC Capital Partners acquired 80% of SBG fro Sky in 2015, valuing SBG at £800 million or US $1.36 billion at current exchange rate.

Sky will receive $720 million or £425 million cash and 7.6 million newly issued shares or approximately 3% of The Stars Group post completion of the deal.

As at April 9, 2018, Stars had 148,620,876 common shares issued and outstanding. #SUBSCRIBERS ONLY CONTENT – where and how did you get your news? Subscribe today to see our research on this and all other subscriber ONLY news. Be informed!#

THE STARS GROUP TO ACQUIRE SKY BETTING & GAMING FOR $4.7 BILLION

“The acquisition of Sky Betting & Gaming is a landmark moment in The Stars Group’s history,” stated Rafi Ashkenazi, the Company’s Chief Executive Officer. “SBG operates one of the world’s fastest growing sportsbooks and is one of the United Kingdom’s leading gaming providers. SBG’s premier sports betting product is the ideal complement to our industry-leading poker platform. The ability to offer two low-cost acquisition channels of this magnitude provides The Stars Group with great growth potential and will significantly increase our ability to create winning moments for our customers.”

Mr. Ashkenazi concluded, “Following this transaction, The Stars Group will have significantly enhanced scale and a highly-regarded global brand portfolio. As a result, we are well positioned to realize our vision of becoming the world’s favorite iGaming destination.”

This acquisition will provide The Stars Group with multiple operational and financial benefits, including:

Greater revenue diversification and significantly enhanced exposure to sports betting, the world’s largest and fastest growing online gaming segment, as the majority of SBG’s revenues are generated by sports betting.
An increased presence in regulated markets, particularly within the United Kingdom, the world’s largest regulated online gaming market.
The development of sports betting as a second low-cost customer acquisition channel, complementing The Stars Group’s core poker business and enabling more effective cross-sell to players across multiple verticals.
Improved products and technology as a result of the addition of SBG’s innovative casino and sports book offerings, and portfolio of popular mobile apps.
Identified cost synergies of at least $70 million per year.

SBG is currently home to the United Kingdom’s largest active online player base and, with over 80% of revenues generated from mobile devices, is a leading mobile betting and gaming operator. In partnership with Sky, Europe’s leading sports broadcaster and media company, SBG has developed some of online gaming’s most well-known brands, most notably Sky Bet, Sky Vegas and Sky Casino. SBG’s unaudited annual revenue was £624 million and unaudited adjusted EBITDA was £202 million in the 12-month period ended December 31, 2017, representing compounded annual growth rates of approximately 46% and 51%, respectively, over the prior two years. SBG was the United Kingdom’s fastest growing established online gaming operator over this period. Following the acquisition, The Stars Group’s leadership will draw from two well-respected and highly experienced teams and SBG’s Yorkshire base will operate as a major hub of the enlarged group.

“We are delighted to join forces with The Stars Group,” said Richard Flint, Sky Betting & Gaming’s Chief Executive Officer. “We have had a fantastic last few years and would like to thank CVC and Sky for supporting us in becoming a leading online operator in the UK. This transaction allows us to offer our best-in-class products to a truly global audience. We’re excited about our future together.”

Pev Hooper, Partner at CVC, said, “Richard and his team have done a fantastic job building Sky Betting & Gaming into one of the UK’s largest and fastest growing operators. We have thoroughly enjoyed working closely with the team and our partners at Sky. This combination with The Stars Group opens a new and exciting chapter for SBG to accelerate its international growth, and we look forward to continuing the journey as a shareholder in the combined group.”

Jeremy Darroch, Group Chief Executive Officer, Sky, said, “This agreement is an important milestone in SBG’s growth story and a testament to what we and the whole SBG team have achieved. We look forward to the next chapter and continuing our long-term partnership with SBG as part of The Stars Group.”

The Stars Group’s announced acquisitions since the beginning of 2018 will significantly diversify the Company’s revenue base. On a pro forma basis to include the anticipated acquisitions of SBG, CrownBet and William Hill Australia, the Company’s 2017 revenue mix by product would have been 37% poker, 34% sportsbook and 26% casino . On the same basis, 75% of The Stars Group’s 2017 revenues would have been generated within locally regulated or taxed markets.

Under the terms of the acquisition agreement and based on the closing price of The Stars Group’s common stock on April 20, 2018, the transaction has an enterprise value of approximately $4.7 billion, of which $3.6 billion is payable in cash and the remainder is payable in approximately 37.9 million newly-issued common shares. The new shares will represent approximately 20% of The Stars Group’s issued and outstanding common shares giving effect to the transaction and the anticipated acquisitions of CrownBet and William Hill Australia. Substantially all of the common shares issued to the sellers will be subject to certain transfer restrictions for a minimum of six months, subject to customary exceptions. The transaction values SBG at a multiple of 12.8x unaudited adjusted LTM EBITDA, including expected run-rate cost synergies . The Stars Group estimates that the transaction will be neutral to adjusted earnings per share on a diluted basis in the first full year following its completion and have a positive impact thereafter.

The Stars Group has obtained fully committed debt financing of approximately $6.9 billion including $5.1 billion of first lien term loans, $1.4 billion of senior unsecured notes and a $400 million revolving credit facility. The funded proceeds of $6.5 billion will be used for the cash portion of the transaction consideration, refinancing the Company’s existing first lien term loan and repaying SBG’s outstanding debt.

The Stars Group will retain SBG’s rights under certain commercial, licensing and marketing arrangements with Sky. Certain of these arrangements currently cover the United Kingdom, Italy, and Germany, as applicable, and include a framework to cover additional mutually agreed upon regulated geographies in the future.

Unless otherwise indicated, all references in this news release to “$” are to U.S. dollars and “£” are to Great Britain pounds sterling.

To access the webcast please use the following link: http://public.viavid.com/index.php?id=129505

About The Stars Group

The Stars Group is a leading provider of technology-based products and services in the global gaming and interactive entertainment industries. The Stars Group directly or indirectly, including through its Stars Interactive Group division, owns gaming and related consumer businesses and brands, such as PokerStars, PokerStars Casino, BetStars, Full Tilt, and the PokerStars Players No Limit Hold’em Championship, European Poker Tour, PokerStars Caribbean Adventure, Latin American Poker Tour, Asia Pacific Poker Tour, PokerStars Festival and PokerStars MEGASTACK live poker tour and event brands. These brands together have millions of registered customers globally and collectively form the largest poker business in the world, comprising online poker games and tournaments, sponsored live poker competitions, marketing arrangements for branded poker rooms in popular casinos in major cities around the world, and poker programming and content created for television and online audiences. The Stars Group, through certain of these and other brands, also offers non-poker gaming products, including casino and sportsbook. The Stars Group, through certain of its subsidiaries, is licensed or approved to offer, or offers under third party licenses or approvals, its products and services in various jurisdictions throughout the world, including in Europe, both within and outside of the European Union, Australia, the Americas and elsewhere. In particular, PokerStars is the world’s most licensed online gaming brand, holding licenses or related operating approvals in 17 jurisdictions.

CVC Capital Partners is a leading private equity and investment advisory firm. Founded in 1981, CVC today has a network of 23 offices and approximately 400 employees throughout Europe, Asia and the U.S. To date, CVC has secured commitments of over $107 billion from some of the world’s leading institutional investors across its private equity and credit strategies. In total, CVC currently manages over $65 billion of assets. Today, funds managed or advised by CVC are invested in 50 companies worldwide, employing c.310,000 people in numerous countries. Together, these companies have combined annual sales of over $70 billion.