Ethereum Capital to go public through RTO of Movit Media

In: IPO, RTO Deals, Ontario, Financial, IT and Telecom 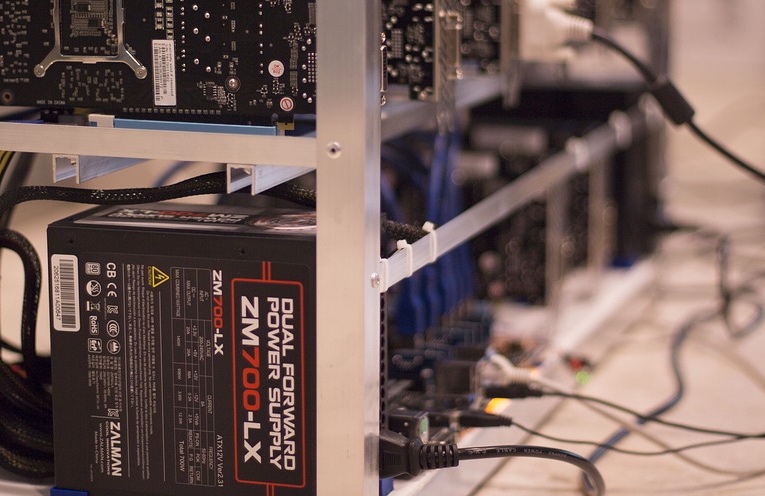 Movit Media Corp. (TSX-V: MV.H) and Ethereum Capital Inc. have entered into an agreement providing for the acquisition by Movit of all of the issued and outstanding shares of Ethereum Capital. The transaction will result in a reverse takeover (RTO) of Movit.

In conjunction with the RTO, Ethereum Capital plans to complete a private placement offering of 20,000,000 subscription receipts at $2.50 for gross proceeds of $50.0 million. The offering will be co-led by Canaccord Genuity Corp. and CIBC Capital Markets, on behalf of a syndicate of agents.

Ethereum Capital would be valued at $5.5 million without raising any capital pre-RTO.

Ethereum Capital is a newly-formed technology company incorporated in Ontario focused on becoming the central business and investment hub for the Ethereum ecosystem, a technology that management believes will become the backbone for enterprise applications developed using blockchain protocols. This strategy will be achieved through a combination of acquiring Ether, the crypto-asset native to the Ethereum platform, and through strategic acquisitions of controlling stakes in Ethereum-based businesses.

 Ethereum Capital’s objective is to become the central business and investment hub for the
Ethereum ecosystem, a backbone of the blockchain economy
 Advisors from Purpose Investments, OMERS, Citizen Hex, and other prominent organizations
 Experienced Board and Management team including Chairman and Co-CIO Som Seif and CEO Michael H. Conn

Vancouver, BC, January 29, 2018 – Movit Media Corp. (“Movit”) (TSX.V: MV.H) is pleased to announce that it has entered into a transition agreement (the “Transition Agreement”) dated January 29, 2018 with Ethereum Capital Inc. (“Ethereum Capital”) providing for the acquisition by Movit of all of the issued and outstanding shares of Ethereum Capital pursuant to a three-cornered amalgamation. Completion of the transactions contemplated under the Transition Agreement will result in a reverse takeover of Movit (the “Transaction”).

In conjunction with the Transaction, Ethereum Capital plans to complete a private placement offering of 20,000,000 subscription receipts (“Subscription Receipts”) at a price of $2.50 per Subscription Receipt (the “Offering”). The Offering will be co-led by Canaccord Genuity Corp. and CIBC Capital Markets, on behalf of a syndicate of agents (collectively, the “Agents”). Ethereum Capital expects to realize gross proceeds of $50.0 million pursuant to the Offering.

Trading in the common shares of Movit (“Movit Shares”) was halted following the entering into of the Transition Agreement in accordance with the policies of the TSX Venture Exchange (“TSXV”).

The closing of the Transaction remains subject to the satisfaction of a number of conditions customary for this type of transaction, including the receipt of requisite approvals from Movit shareholders and approval of the TSXV.

The board of directors of Movit (“Movit Board”) has unanimously: (i) determined that the Transaction is in the best interests of Movit; and (b) determined to recommend that Movit shareholders vote in favour of the Transaction Resolutions. In addition, shareholders of Movit who hold approximately 70.2% of the issued and outstanding Movit Shares have entered into voting and support agreements with Movit pursuant to which they have agreed to vote all of their Movit Shares in favour of the Transaction subject to the right to terminate the voting support agreement in certain circumstances.

Ethereum Capital is a newly-formed technology company incorporated in Ontario focused on becoming the central business and investment hub for the Ethereum ecosystem, a technology that management believes will become the backbone for enterprise applications developed using blockchain protocols. This strategy will be achieved through a combination of acquiring Ether, the crypto-asset native to the Ethereum platform, and through strategic acquisitions of controlling stakes in Ethereum-based businesses.

Ethereum Capital is led by an experienced group of individuals from both the technology and investment sectors, including Co-Chief Investment Officers Som Seif and Benjamin Roberts, and CEO Michael H. Conn. Strategic relationships and a Board of Directors that includes a number of prominent investors will provide Ethereum Capital with a unique flow of opportunities. The Board will include:

Ethereum uses blockchain technology to create “smart contracts,” allowing users to bind two parties to an agreement without an intermediary. The Ethereum network validates smart contracts and executes according to the rules in each contract, facilitating automation of complex and customizable transactions. Ether is the currency used to pay for the computing resources needed to run applications or programs on the Ethereum platform. The number of transactions on the Ethereum platform has increased dramatically over the last twelve months, surpassing all other crypto networks, and is poised for significant future growth as additional applications and programs are created.

“I am extremely excited to announce the launch of Ethereum Capital with support from our partners including Purpose Investments, Citizen Hex, L4 and OMERS,” said Som Seif, Executive Chairman and Co-CIO of Ethereum Capital. “We are pleased to offer investors a Company that will provide exposure to the growing blockchain sector backed by the expertise of an industry-leading team of advisors,” said Mr. Seif.

“OMERS has been active in the blockchain and crypto sector for several years now,” said John Ruffolo, Executive Managing Director of OMERS Platform Investments and Board Director for Ethereum Capital. “OMERS believes in the potential of blockchain technologies and I am thrilled to join a strong network of advisors as Ethereum Capital creates value in the sector,” said Mr. Ruffolo.

“The Ethereum network is just beginning to demonstrate its potential, with a greater number of transactions and applications being created almost daily,” said Joey Krug, a Director of Ethereum Capital and Co-Founder of Augur. “I believe it has the potential to disrupt many existing industries and am excited to advise Ethereum Capital due to its position to capitalize on the most promising of these resulting companies through strategic acquisitions,” said Mr. Krug.

The closing of the Offering is expected to occur on or about February 16, 2018.

Particulars of the Transaction

Pursuant to the terms of the Transition Agreement, Ethereum Capital will amalgamate with a wholly owned subsidiary of Movit (the “Amalgamation”) and continue as one corporation (“Amalco”). On the Amalgamation, each Ethereum Share will be cancelled and holders of Ethereum Shares will receive one Movit Share for each Ethereum Share. Assuming that the Offering raises gross proceeds of $50.0 million, Movit will issue in the aggregate approximately 22.2 million post-consolidation Movit Shares in connection with the Transaction resulting in approximately 23 million post-consolidation Movit Shares issued and outstanding immediately after the closing of the Transaction. On the completion of the Amalgamation, the holders of Ethereum Shares will become shareholders of Movit and Amalco will be a wholly-owned subsidiary of Movit.

The terms of the Transition Agreement provide that, prior to the Amalgamation, Movit will have received shareholder approval at the Movit Shareholder Meeting to various resolutions (together, the “Transaction Resolutions”) including: (i) continuance of Movit’s corporate existence from British Columbia to Ontario (the “Continuance”); (ii) consolidation of the issued and outstanding Movit Shares, valued for the purposes of the Transaction at $0.20 per common share, on the basis of one post-consolidation common share for every 12.5 issued and outstanding common shares (the “Consolidation”); (iii) a change of name to “Ethereum Capital Corporation” or such other name as is acceptable to Movit’s corporate regulator (the “Name Change”); (iv) reconstitution of the board of directors (the “Movit Board”) with nominees of Ethereum Capital (the “Election of Directors”); (v) adoption of a new by-law relating generally to its business and affairs (the “By-law”); and (vi) adoption of a share compensation plan (“Share Compensation Plan”). The Continuance, Consolidation and Name Change will require the approval of 66 2/3% of the votes cast at the Movit Shareholder Meeting while the Election of Directors, adoption of the new By-law and the adoption of the Share Compensation Plan will require approval of the holders of a simple majority of the votes cast.

The Transaction constitutes an Arm’s Length Transaction for the purposes of the policies of the TSXV. A copy of the Transition Agreement will be available under Movit’s issuer profile on SEDAR at www.sedar.com

Ethereum Capital is a technology company focused on becoming the central business and investment hub for the Ethereum ecosystem. The Company aims to both acquire Ether, Ethereum’s native cryptoasset, as a strategic asset, and make selective acquisitions in Ethereum-based businesses. Through its highly experienced Board of Directors and management team, Ethereum Capital will see a robust opportunity pipeline and invest in industry-shifting disruptive technologies. For more information, visit https://www.ethereumcapital.co/.