Fairfax Financial to invest US $250M in Seaspan 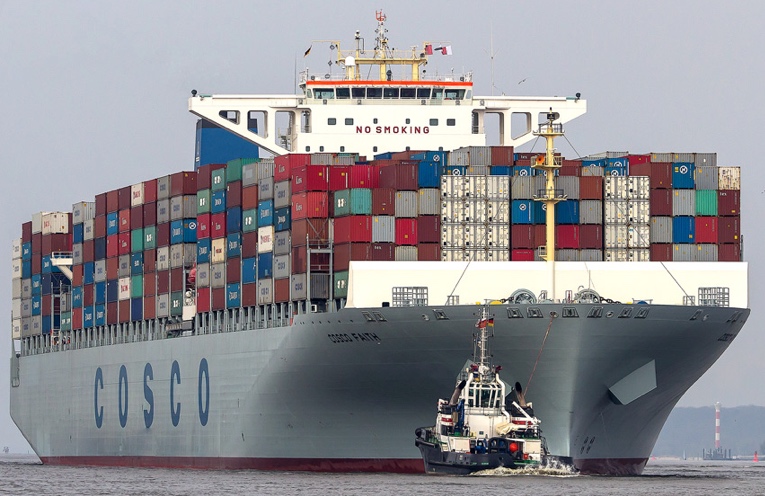 Seaspan Corporation (NYSE: SSW) announced that it has signed a letter of intent (LOI) in late December 2017 pursuant to which Fairfax Financial Holdings Limited (TSX: FFH, FFH.U), through certain subsidiaries, will make an investment of US $250 million in Seaspan in exchange for the issuance by Seaspan of 5.5% interest bearing unsecured debentures and Class A Common Share purchase warrants.

Seaspan intends to use the proceeds to fund future growth initiatives, debt repayment and for general corporate purposes.

Fairfax has agreed to subscribe on a private placement basis, and subject to certain conditions, for debentures in a maximum aggregate amount of US $250 million. The debentures, which will be unsecured obligations, will mature in seven years and will be guaranteed by certain of Seaspan’s subsidiaries. Seaspan will have the right to redeem the debentures at face value plus all accrued but unpaid interest thereon at any time after the fifth anniversary of issuance.

Seaspan has also agreed to issue 38,461,539 Warrants, each exercisable into one Class A Common Share in the capital of Seaspan and exercisable at US $6.50 per share. Each warrant will be exercisable within seven years. Seaspan can also elect to require early exercise of the warrants if the five-day volume weighted average closing price of its common shares reaches US $13.00 at any time after the fourth anniversary of the closing.

David Sokol, Chairman of Seaspan Corporation, commented, “The Company’s management team and I are extremely honored to have Fairfax Holdings and their CEO, Prem Watsa, as investors and partners. The investment by Fairfax will strengthen and simplify our balance sheet, while increasing our financial flexibility to take advantage of compelling opportunities. We welcome Fairfax’s insights and participation on our Board, as Seaspan seeks to further capitalize on its industry-leading position.”

“We are very excited to be partners in Seaspan under David Sokol’s leadership and Dennis Washington’s sponsorship,” said Prem Watsa, Chairman and Chief Executive Officer of Fairfax. “I know both of them well through the Horatio Alger Association. David has one of the most outstanding records I have come across, as he built Mid American Energy from revenue of $116 million in 1991 to revenue of $11 billion in 2010, while net income increased from $27 million to $1.2 billion over the same period, representing a compound growth rate of 22.4% per year. David is a man of the highest integrity and we are proud to partner with him. Dennis, of course, is one of North America’s most successful entrepreneurs and a wonderful human being.”

Washington commented, “The support from an organization with the quality of Fairfax and track record of Prem Watsa validates the investment merits of Seaspan. Fairfax aligns with our long-term vision for Seaspan and we look forward to a very long relationship with them.”

Seaspan has entered into an exclusivity agreement with Fairfax pursuant to which it has agreed that it will not solicit interest from any other party in relation to any potential capital raising or financial transaction involving debt or equity of Seaspan until January 19, 2018. Closing of the transaction is subject to the settlement of mutually agreeable definitive documentation, and other customary closing conditions, including any applicable regulatory approval and receipt of all other requisite third party approvals.

Hong Kong based Seaspan is the largest independent charter owner and manager of containerships, employing more than 4000 people at its offices in Hong Kong, Canada, India, China and Korea, as well as on board its fleet of vessels.