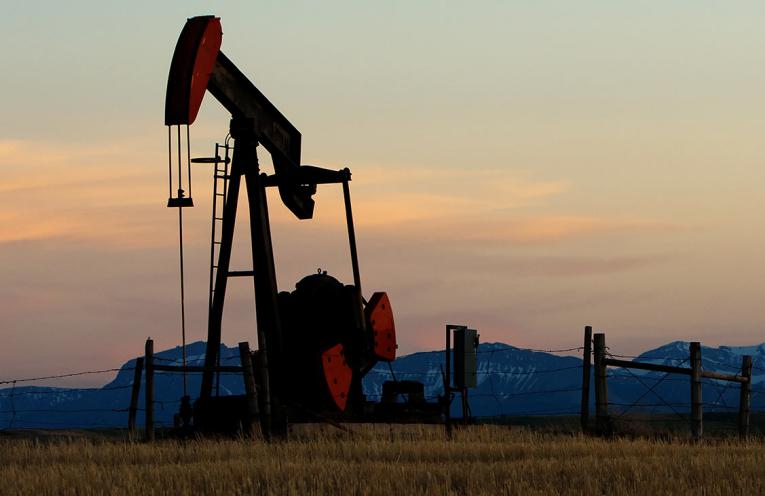 The financing will also feature a rights offering to certain existing common shareholders, to provide all current investors who are permitted to do so under exemptions from applicable securities laws the opportunity to participate in the financing.

Most recently Hammerhead raised $367 million in equity and debt financing from Riverstone with equity shares priced at $3.64-3.65 per share.

Calgary based Hammerhead is a growth-oriented private company with a large, contiguous land base in the heart of two of the most prolific resource plays in North America, with over 200,000 net acres in each of the Montney and Duvernay formations.

Calgary, AB – September 14, 2018. Hammerhead Resources Inc. (“Hammerhead”, “HHR” or the “Company”), a privately owned oil and gas producer focused on the liquids-rich Montney play in Alberta, is pleased to provide an operational update and announce an equity commitment that will provide financial flexibility to continue HHR’s organic growth program across the Company’s high-quality resource base.

The preferred share equity commitment of up to $300 million, priced at $3.00/share will be led by affiliates of Riverstone Holdings LLC (“Riverstone”), collectively HHR’s largest shareholder. The financing will also feature a rights offering to certain existing common shareholders, to provide all current investors who are permitted to do so under exemptions from applicable securities laws the opportunity to participate in the financing.

HHR believes this significant equity commitment confirms the prospectivity of HHR’s asset base, which has been underpinned by the Company’s drilling results, with individual well performance that consistently ranks amongst the most attractive in the Western Canadian Sedimentary Basin.

HHR expects to concentrate its development activities principally in the Gold Creek and Karr areas, driving continued optimized capital efficiency with the use of multi-well pads in areas of existing infrastructure, combined with implementation of leading completion technologies. HHR believes that its balance sheet strength, industry-leading liquids growth, and secured firm egress differentiate the Company from its peers.

Current production is over 28,000 boe/day, with a 42% weighting towards light oil and liquids. Annual production is expected to average over 27,000 boe/day in 2018, representing a 40% increase over 2017 levels. Since Riverstone’s initial investment in 2014, the Company has increased production at a compound annual growth rate of over 70%, with a substantial corresponding increase in cash flow and reserves.

Hammerhead continues to see strong well results in both Gold Creek and Karr, with the Company’s 2017 and 2018 wells performing above type curve in aggregate. These results support an economic uplift from increased completion intensity, and continued refinement of HHR’s completion approach.

Further delineation of the Karr area has proved successful, with three additional Montney wells that are performing above type curve expectations. One of these wells has validated the multi-bench development potential across HHR’s land base.

Through the first half of 2018, HHR invested in infrastructure to support future growth and enhance operational reliability. Combined with efficiency gains through pad drilling, the Company expects to see significant reductions in capital and operating costs, and improvements in netbacks while delivering material economic growth into 2019. The Company believes it has secured sufficient oil and gas egress to various downstream markets to support the Company’s ongoing, high-growth development program.

HHR prides itself in collaboratively working with its stakeholders, and highly values the communities in which it operates. The Company appreciates the opportunity to demonstrate its commitment with a recent sponsorship of $400,000 to the Grande Prairie Regional Hospital.

Robert Tichio, Partner & Managing Director of Riverstone Holdings, remarked: “Riverstone is excited to lead this next round of financing into Hammerhead to support the further development of the Company’s leading position in the liquids-rich, light oil fairway of the Montney. Since our initial investment in 2014, we viewed this asset as unique in our investment program, given the size of the acreage position and the compelling economics of the Company’s drilling inventory. Hammerhead has spent considerable capital and organizational effort in the last several years prosecuting an execution strategy that differs from most private equity-backed companies: its investment in front-loaded infrastructure build-out, single-well drills dedicated to acreage delineation resulting in a substantially expanded fairway of economic inventory, and continuous drilling and completion enhancements have positioned Hammerhead to pursue a full-field development program with industry-leading growth, return and efficiency metrics.”

Scott Sobie, CEO of Hammerhead, added: “Hammerhead is a leading Montney light oil producer. We are encouraged by our operational results, and eager to continue demonstrating the development potential of our unconventional resource play. This equity injection provides us with the capital to continue on a path of peer-leading growth, while maintaining capital discipline and a strong balance sheet. The continued support from Riverstone and other major shareholders re-affirms the strength of our relationship as well as their confidence in the quality of our assets and management team.”

The equity commitment and rights offering are subject to the negotiation and execution of definitive agreements, the final approval of HHR’s Board of Directors and customary closing conditions.

Hammerhead is a growth-oriented private company with a large, contiguous land base in the heart of two of the most prolific resource plays in North America, with over 200,000 net acres in each of the Montney and Duvernay formations. The Company’s development has been focused on the Upper/Middle Montney, where delineation activity has proven the repeatability of the laterally continuous light oil-rich fairway.

Riverstone is an energy and power-focused private investment firm founded in 2000 by David M. Leuschen and Pierre F. Lapeyre, Jr. with approximately US$38 billion of capital raised. Riverstone conducts buyout and growth capital investments in the E&P, midstream, oilfield services, power, and renewable sectors of the energy industry. With offices in New York, London, Houston, and Mexico City, Riverstone has committed over US$37 billion to more than 170 investments in North America, Latin America, Europe, Africa, Asia, and Australia.