In: Agri-Food, M&A/Exit Deals, Ontario, IT and Telecom, United States 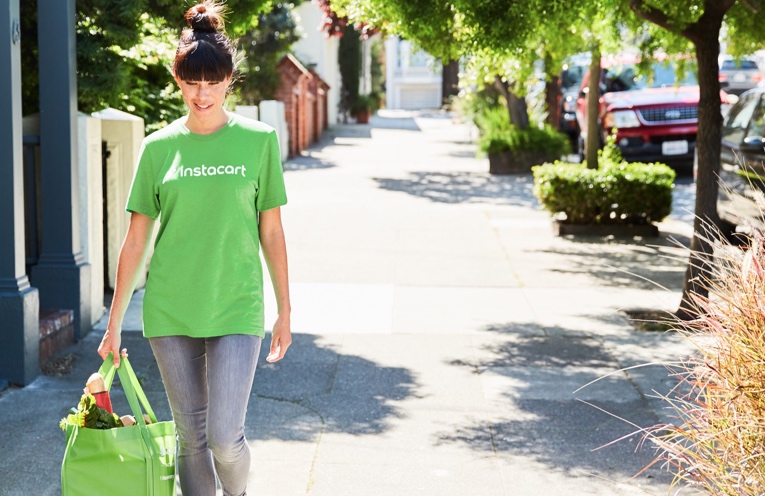 Instacart and Unata have combined in an acquisition of Unata by Instacart for reportedly US $65 million. With the acquisition, Instacart officially expands into Canada.

Unata’s headquarters will remain in Toronto, and its name and brand will stay the same. Chris Bryson, Unata’s Chief Executive Officer, will remain in his current role, and will report to Instacart’s Chief Business Officer, Nilam Ganenthiran.

The acquisition, which bridges Unata’s comprehensive white-label digital grocery platform with Instacart’s established technology and scale, will create a one-stop shop for brick-and-mortar retailers to effectively compete in an increasingly online world.

In March 2017, Instacart raised US $400 million in Series D at a valuation of US $3.4 billion. Sequoia Capital led the financing with an investment of US $100 million. Other investors include Wellcome Trust, Y Combinator Continuity, Andreessen Horowitz, FundersClub, Khosla Ventures, Kleiner Perkins Caufield & Byers (KPCB), Initialized Capital, Thrive Capital and Valiant Capital.Instacart is backed by Andreessen Horowitz, KPCB, Sequoia Capital and others.

In a value-add for brick-and-mortar retailers across North America, Instacart and Unata join forces to enable the future of online grocery shopping

SAN FRANCISCO, Jan. 16, 2018 /CNW/ — Instacart, the technology-driven, nationwide on-demand grocery delivery service, announced today it has acquired Unata, the award-winning provider of 1-to-1 digital solutions for grocers. Together, the ecommerce pioneers plan to enable the future of online grocery shopping, combining their talented teams, vibrant cultures, and innovative products to accelerate the process.

The acquisition, which bridges Unata’s comprehensive white-label digital grocery platform with Instacart’s established technology and scale, will create a one-stop shop for brick-and-mortar retailers to effectively compete in an increasingly online world.

“Instacart’s mission has always been to be an independent partner to retailers and enable them to give their customers the best experiences using the best technology,” said Apoorva Mehta, Founder and CEO of Instacart. “This acquisition allows us to take that commitment to the next level. It represents a landmark win for retailers, who will benefit from Instacart’s scale, Unata’s highly configurable technology, and the deep grocery industry integrations this acquisition will enable.”

“Unata and Instacart have long shared a vision of innovating the grocery industry and building the online grocery shopping experience of the future,” said Chris Bryson, CEO of Unata. “By combining the power of our teams and technologies, we can achieve this vision faster and for the first time ever offer a fully comprehensive, configurable digital solution for grocery retailers of all sizes.”

Unata – whose headquarters will remain in Toronto – will become an independent subsidiary of Instacart, maintaining its name and brand. Instacart will continue to invest in innovation and resources for both Unata and Instacart as the companies merge into a single powerhouse platform. Chris Bryson, Unata’s Chief Executive Officer, will remain in his current role, and will report to Instacart’s Chief Business Officer, Nilam Ganenthiran. The transaction is subject to customary closing conditions.

Instacart, which expanded from 30 to over 190 markets in 2017 alone, is confident that Unata is the ideal partner to complement and expand its technology as the company looks to continue its blistering growth in 2018.

About Instacart
Instacart helps people cross grocery shopping off their to-do lists with just a few clicks. Customers use the Instacart website or app to fill their virtual shopping cart with items from their favorite, local stores and Instacart connects them with shoppers who hand pick the items and deliver them straight to their door. Founded in San Francisco in 2012, Instacart has quickly scaled to over 190 markets nationwide and partnered with retailers across the United States, including popular national chains as well as local, regional grocers. By combining a personal touch with cutting-edge technology, Instacart offers customers a simple solution to save time and eat fresh food from the most trusted grocery brands. Instacart is the only grocery service that can meet today’s on-demand lifestyle by delivering in as little as one hour. First delivery is free at www.instacart.com.

About Unata
Unata powers industry-leading digital experiences for North America’s most well-respected grocers, with the mission to innovate the future of the grocery shopping experience. Unata enables 1-to-1 eCommerce, eCircular and eLoyalty experiences, powering the entire digital grocery experience through a single platform. Unata’s award-winning work is featured by retailers including Lowes Foods, SpartanNash, Raley’s, and more. To learn more, visit www.unata.com or follow Unata on Twitter or LinkedIn.