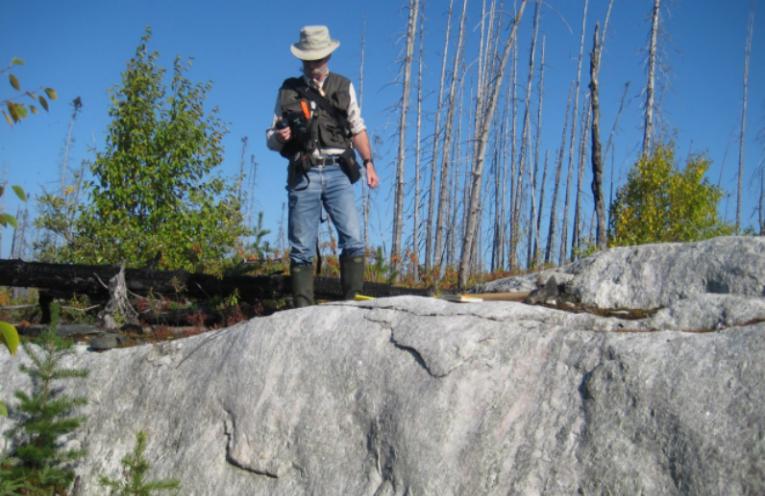 The financing package includes CDN $280 million public offering of common shares on a bought deal basis; CDN $80 million concurrent private placement of common shares with Ressources Québec Inc., a subsidiary of Investissement Quebec (IQ); US $350 million offering of senior secured callable bonds; and $93.8 million or US $72.1 million to be released from escrow from the previously closed private placement with SoftBank Group Corp.

Immediately following the closing of the financing, Nemaska Lithium will have 845,372,588 shares issued and outstanding, valuing the company at $845.4 million based on the public offering price on a non-diluted basis. Nemaska stock last traded at CDN $0.96 CAD as at 12:44PM on May 30th 2018.

Ressources Québec and SoftBank Group will own 9.46% and 9.90% of Nemaska Lithium’s outstanding shares.

QUEBEC CITY, May 30, 2018 — Nemaska Lithium Inc. (“Nemaska Lithium” or the “Corporation”) (TSX:NMX) (OTCQX:NMKEF) (FRANKFURT:N0T) is proud to announce that it has completed its overall CAD 1.1B (USD 849M) financing package (the “Project Financing Package”) with the closing today of i) a CAD 280M public offering of common shares on a bought deal basis (the “Public Offering”), ii) a CAD 80M concurrent private placement of common shares with Ressources Québec Inc., acting as mandatory for the government of Québec (“Ressources Québec”) (the “Contemporaneous Private Placement”), iii) a USD 350M offering of senior secured callable bonds (“Bonds”) (the “Bond Offering”) and iv) the release from escrow of CAD 93.8M (USD 72.1M) from the previously closed private placement with SoftBank Group Corp. (“SoftBank”) (the “SoftBank Private Placement”).

“In the past 12 months, we have developed and delivered a comprehensive Project Financing Package that we believe will allow Nemaska Lithium to realize its long-term potential while ensuring sufficient reserves for its future development”, said Guy Bourassa, President and CEO of Nemaska Lithium. “With the financial resources in hand, we will build a unique lithium hydroxide and carbonate production facility, in tandem with a spodumene mine, all within the province of Québec. To be vertically integrated, from the mine to the end product, will give Nemaska a cost advantage over industry peers. Today’s lithium ion batteries evolving chemistry demands more and more lithium hydroxide, validating our decision to focus on this growth segment within the lithium market.”

Pursuant to the Public Offering, the Corporation issued 280,000,000 common shares (the “Offered Shares”) at a price of CAD 1.00 per Offered Share (the “Offering Price”), for aggregate gross proceeds of CAD 280M.

The Bond Offering was completed on a private placement basis through Clarksons Platou Securities and Pareto Securities, as joint lead managers.

The Bonds issued in the aggregate principal amount of USD 350M (approximately CAD 455M) are USD-denominated with a maturity date of May 30, 2023, unless called by the Corporation prior to maturity, and bear interest at a rate of 11.25% per annum. Interest is payable quarterly and in arrears on the relevant interest payment date in February, May, August and November of each year, commencing on August 30, 2018.

An amount equal to the gross proceeds of the Bond Offering together with the 3 month interest payment obligation (the “Bond Funds”) has been placed into a USD escrow account (the “Trust Account”) pending the satisfaction of certain conditions precedent by the Corporation on or prior to August 30, 2018 (the “Long Stop Date”). The Trust Account has been pledged in favour of the Bondholders. The Bonds will be reimbursed, with accrued interest, from the Bond Funds in the event that the Corporation has not, prior to the Long Stop Date, met the requisite conditions precedent. Such conditions precedent to the Long Stop Date include but are not limited to, the first tranche under the Streaming Agreement (as defined below) being released, the Corporation having obtained various material project documents, the inter-creditor agreement with Orion (as defined below) having been entered into and the security package over all assets to be charged in connection with the Bond Offering having been executed and rendered opposable to third parties.

Following the Long Stop Date, additional conditions precedent are required to be met by the Corporation in order to permit the drawdown of Bond Funds from the Trust Account.

The Corporation intends to apply to list the Bonds on the Nordic Alternative Bond Market (ABM).

A Unique and Unprecedented Financing Structure in the Lithium Industry

This announcement marks an important stage of the comprehensive Project Financing Package that will fund the construction, commissioning, working capital and reserve funds for the Whabouchi lithium mine and the Shawinigan electrochemical plant (collectively, the “Project”), as well as general working capital.

The closings today of these four elements of the Project Financing Package coupled with the USD 150M (CAD 195M) streaming agreement with Orion Mine Finance II LP (“Orion”) (the “Streaming Agreement”), as announced on April 12, 2018 allow Nemaska Lithium to deliver a CAD 1.1B (USD 849M) equivalent project financing to finance the development of the Project. In consideration of the Streaming Agreement, Orion will make an advance payment equal to USD 150M to Nemaska Lithium Shawinigan Transformation Inc., a wholly-owned subsidiary of Nemaska Lithium. The advance payment will be released in two equal tranches of USD 75M with the first tranche expected to be payable once Nemaska Lithium has satisfied certain customary conditions at the latest on December 31, 2018. The second tranche will be payable upon the satisfaction of certain technical and other customary conditions that must be satisfied no later than December 31, 2019.

Nemaska Lithium is a developing chemical company whose activities will be vertically integrated, from spodumene mining to the commercialization of high-purity lithium hydroxide and lithium carbonate. These lithium salts are mainly destined for the fast-growing lithium-ion battery market, which is driven by the increasing demand for electric vehicles and energy storage worldwide. With its products and processes, Nemaska Lithium intends to facilitate access to green energy.

The Corporation will be operating the Whabouchi mine in Québec, Canada, one of the richest lithium spodumene deposits in the world, both in volume and grade. The spodumene concentrate produced at the Whabouchi mine will be processed at the Shawinigan plant using a unique membrane electrolysis process for which the Corporation holds several patents.

The information contained in this announcement is for background purposes only and does not purport to be full or complete. The announcement does not constitute an offer to sell or the solicitation of an offer to buy securities in any jurisdiction. The publication, distribution or release of this announcement may be restricted by law in certain jurisdictions and persons into whose possession any document or other information referred to herein comes should inform themselves about and observe any such restriction. Any failure to comply with such restrictions may constitute a violation of the securities laws of any such jurisdiction.

Further information regarding Nemaska Lithium is available in the SEDAR database (www.sedar.com) and on the Corporation’s website at: www.nemaskalithium.com.