In: Private Equity Deals, IT and Telecom, Media and Entertainment, Europe 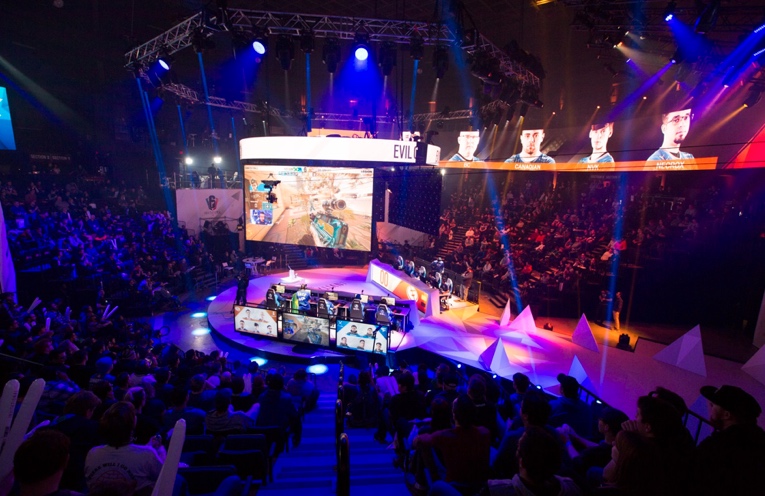 Ubisoft Entertainment SA (EPA: UBI) has reached an agreement with Vivendi SA (EPA: VIV) for its full exit from Ubisoft’s share capital, with the sale of all Vivendi’s 30,489,300 shares at €66 per share for €2.012 billion.

The overall transaction includes the following:

As part of private placement, the Relationship Investing arm of Ontario Teachers’ Public Equities division and Tencent will acquire 3,787,878 Ubisoft shares (3.4% of capital) and 5,591,469 Ubisoft shares (5.0% of capital), for approximately €250 million and €369 million respectively.

Based on the level of interest in the placement, the size of the accelerated bookbuilding could be increased up to 1,500,000 shares, reducing accordingly the number of shares bought back by Ubisoft.

All of these transactions will be executed at a price of €66 per share.

Vivendi started to accumulate Ubisoft shares three years ago, for an aggregate cost of €794 million, and was said to be considering to acquire Ubisoft. Upon completion of the transactions, Vivendi will hold no share in Ubisoft and has agreed not to acquire any shares in Ubisoft for 5 years.

Vivendi to sell its entire stake in Ubisoft representing 27.3% of Ubisoft’s share capital

The transaction is structured in the following way:
Ontario Teachers’ Pension Plan (“Ontario Teachers'”) and Tencent, enter Ubisoft’s share capital as long-term investors; as part of the transaction, Tencent and Ubisoft have also signed a strategic partnership agreement
Share buy-back by Ubisoft of shares owned by Vivendi, accretive to all Ubisoft shareholders
Acquisition by Guillemot Brothers SE of shares owned by Vivendi
Accelerated Bookbuilding with institutional investors for the remainder of Vivendi’s stake
All transactions are realized at the price of 66 euros per share
Continued roll-out of Ubisoft’s growth strategy, based on the company’s transformation to a more recurring and profitable business model
Ubisoft confirms its financial targets for 2017-18 and 2018-19

Paris – Today, Ubisoft announced that it has signed an agreement with Vivendi for its full exit from Ubisoft’s share capital, with the sale of all Vivendi’s 30,489,300 shares. The transaction includes an investment by two new long-term investors, the Relationship Investing arm of Ontario Teachers’ Public Equities division, and Tencent, a share buy-back by Ubisoft, an acquisition of shares by Guillemot Brothers SE and an Accelerated Bookbuilding with institutional investors. Following the implementation of the transaction, Vivendi will no longer hold any shares in Ubisoft, and has committed not to acquire any shares in Ubisoft for 5 years.

As part of the transaction, Ubisoft and Tencent have also announced today a strategic partnership that will significantly accelerate the reach of Ubisoft franchises in China in the coming years.

Yves Guillemot, CEO and Co-Founder, said: “The evolution in our shareholding is great news for Ubisoft. It was made possible thanks to the outstanding execution of our strategy and the decisive support of Ubisoft talents, players and shareholders. I would like to warmly thank them all. The investment from new long-term shareholders in Ubisoft demonstrates their trust in our future value creation potential, and Ubisoft’s share buy-back will be accretive to all shareholders. Finally, the new strategic partnership agreement we signed will enable Ubisoft to accelerate its development in China in the coming years and fully leverage a market with great potential.”

“Today, Ubisoft is fully reaping the benefits of our long-term strategy and the successful transformation towards a more recurring and profitable business. Ubisoft is perfectly positioned to capture the numerous video game growth drivers in the coming years. We are focused more than ever on delivering on our strategic plan.”

As part of the transaction, Ubisoft and Tencent have also signed a strategic partnership agreement that will significantly accelerate the reach of Ubisoft franchises in China in the coming years.

The entry of these two high-profile investors in Ubisoft’s share capital validates Ubisoft’s strategy and confirms the value creation potential for its shareholders in coming years.

Ubisoft agreed to buy back up to 9,090,909 of its own shares (8.1% of capital) from Vivendi through a structured transaction taking the form of a forward sale of Vivendi shares to Crédit Agricole Corporate and Investment Bank (CACIB), and a forward buy-back mechanism of shares from CACIB by Ubisoft, enabling Ubisoft to progressively buy-back shares from 2019 to 2021. This buy-back will be structured through a derivative product whereby Ubisoft will enter into a pre-paid forward agreement on part of the shares, with settlement in shares at maturity in 2021 or by anticipation, and for the remainder of the shares, a total return swap with settlement either at maturity or by anticipation at Ubisoft’s discretion, either in cash (Ubisoft either benefiting or supporting the variation in the value of the relevant shares) or with a settlement in shares against the payment of the price for such shares. The share buy-back will be financed mainly through Ubisoft’s existing financial resources. In the event of an increase in the size of the accelerated private placement, the number of shares that are bought back by Ubisoft will be reduced accordingly.

These acquisitions will be made at a price of €66 per share.

The remainder of Vivendi’s stake, representing 8,988,741 shares (8.0% of capital), will be sold at a price of €66 per share through an Accelerated Bookbuilding with institutional investors. Based on the level of interest in the placement, the size of the Accelerated Bookbuilding could be increased up to 1,500,000 shares, reducing accordingly the number of shares bought back by Ubisoft.

As part of this Accelerated Bookbuilding, CACIB, as Guillemot Brothers SE’s counterpart in the forward contract and the collar financing will also sell 2,887,879 shares in the hedging of its derivatives operations.

The transaction will be launched today. Final terms as well as the outcome of the placement will be determined at the end of the bookbuilding expected on March 21, 2018. Settlement will take place two trading days after closing of bookbuilding.

Ubisoft confirms its financial targets for 2017-18 and 2018-19, as well as its long-term growth perspectives.

J.P. Morgan Securities Plc and Lazard Frères are acting as financial advisors to Ubisoft while Bredin Prat is acting as legal counsel.

Ubisoft is a leading creator, publisher and distributor of interactive entertainment and services, with a rich portfolio of world-renowned brands, including Assassin’s Creed, Just Dance, Watch_Dogs, Tom Clancy’s video game series, Rayman and Far Cry. The teams throughout Ubisoft’s worldwide network of studios and business offices are committed to delivering original and memorable gaming experiences across all popular platforms, including consoles, mobile phones, tablets and PCs. For the 2016-17 fiscal year Ubisoft generated sales of €1,460 million. To learn more, please visit: www.ubisoftgroup.com

This press release is for distribution in the United Kingdom only to (i) investment professionals falling within Article 19(5) of the Financial Services and Markets Act 2000 (Financial Promotion) Order 2005 (the “Order”) or (ii) high net worth companies and other persons to whom it may lawfully be communicated, falling within Article 49(2)(a) to (d) of the Order (all such persons together being referred to as “relevant persons”).

Release, publication or distribution of this press release is prohibited in any country where it would violate applicable laws or regulations. This press release may not be published, forwarded or distributed, directly or indirectly, in the United States, Canada, Australia or Japan.