PureSinse to go public via RTO of Royal Sapphire 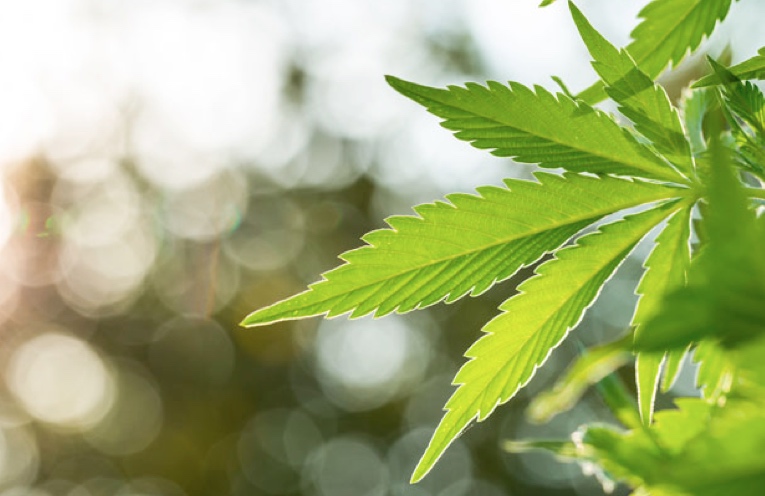 PureSinse Inc., a privately held life sciences cannabis company based in Brampton, Ontario, has entered into going-public agreement with Royal Sapphire Corp. (TSX-V: RSL) which will result a reverse take-over of Royal Sapphire.

PureSinse completed a new round of financing in early March.

Vancouver, British Columbia – Royal Sapphire Corp. (TSXV – RSL.V) (“Royal Sapphire” or the “Company”) announces that it has entered into an arms-length letter of intent with PureSinse Inc. (“PureSinse”) dated March 16, 2018 pursuant to which the Company and PureSinse will move forward with a business combination (the “Transaction”).

PureSinse is a privately held life sciences cannabis company based in Toronto and incorporated under the laws of Ontario. The company is a licensed producer under the Access to Cannabis for Medical Purposes Regulations (ACMPR) and is focused on producing premium quality cannabis products for medical, wellness, and future legal adult recreational use, from its state-of-the-art facility located in Brampton, Ontario. PureSinse’s main site is an 18,000 square foot facility, that will soon be a hub for processing, production, R&D, and distribution, located in the heart of the Greater Toronto Area. Utilizing modern commercial horticulture and hydroponic techniques, the site is expected to produce over 4,000 kg of premium quality dried cannabis per year and will be looking to significantly expand output in the near term.

“We are looking forward to the next stages of growth for PureSinse leveraging the public markets and executing an aggressive vertically-integrated business model where it is our intention to quickly become one of the leading cannabis brands both nationally and internationally. We will initiate our roll-out from our distribution, packaging, processing, and production hub located not far from the Toronto international airport and major thruways,” commented Malay Panchal, Chief Executive Officer and Chairman of PureSinse. “Through partnerships and strategic relationships across all retail and B2B channels, and a comprehensive quality assurance process, we look to become the most trusted source for quality cannabis products delivered with an exceptional level of customer care through our online store or through our national and international retail partners,” furthered Mr. Panchal.

It is anticipated that the Transaction will be effected by way of a plan of arrangement or three-cornered amalgamation under which the holders of the issued and outstanding common shares of PureSinse (the “PureSinse Shares”) shall receive one common share in the capital of the Company (a “Company Share”) for each PureSinse Share held, and which will result in PureSinse becoming a wholly-owned subsidiary of the Company.

Upon completion of the Transaction, it is anticipated that the Company will have approximately 144,112,515 Company Shares issued and outstanding and 173,298,188 on a fully diluted basis, of which approximately 69,439,131 of the issued and outstanding Company Shares will be held by former shareholders of PureSinse (97,624,804 on a fully diluted basis).

Use of proceeds is to expand capacity at its current facility, to fund future growth opportunities and for working capital purposes.

On closing of the Transaction, it is anticipated that the board of directors of the Company shall be reconstituted to consist of 5 or 7 board members. Mr. Malay Panchal and Dr. Chandra Panchal will be 2 of the nominees and the remaining nominees will be determined prior to closing.

Mr. Malay Panchal is the Founder, Chairman & CEO of PureSinse. Malay is a cannabis industry entrepreneur and executive bringing over 20 years of pharmaceutical, marketing and operational experience. Malay brings extensive knowledge in the health care, medical cannabis, natural medicine, eCommerce, and mail order pharmacy operational proficiencies on a global scale. Mr. Panchal has a Bachelor of Science, Pharmacy from the University of Toronto.

Dr. Panchal is the founder of Axcelon Biopolymers Corp., a biotechnology company where he also serves as Chairman, CEO and CSO. From 1989 to 1999, he was Co-Founder, President, and CEO of Procyon Biopharma Inc., which he took public on the TSXV in 1998 and later on TSX in 2000. Thereafter, Dr. Panchal was CSO at Procyon until its merger with Cellpep, Inc in 2006. He was then Senior Executive VP of Business Development at the merged entity, Ambrilia Biopharma Inc. During his term at Procyon and Ambrilia, he led several licensing and M&A transactions with pharmaceutical and biotechnology companies, relating to cancer, woundcare and HIV drugs developed by the company. Dr. Panchal sits on multiple public and private company boards and was until recently, a board member of MaRS Innovation and Avivagen (TSXV:VIV). Dr. Panchal obtained a PhD in biochemical engineering from Western University.

As an interim board of directors, Royal Sapphire has appointed Jay Sujir, Thomas O’Neill and Verlee Webb to the Company’s board of directors. Mr. O’Neill has been appointed as Chief Executive Officer. Shareholder approval will not be required according to TSXV Policy 5.2; as the Transaction is not a “Related Party Transaction” and no other circumstances exist which may compromise the independence of the Company or other interested parties.

Further details about the Transaction and the resulting issuer will be provided in the disclosure document to be prepared and filed in respect of the Transaction.

Investors are cautioned that, except as disclosed in the management information circular or filing statement to be prepared in connection with the Transaction, any information released or received with respect to the Transaction may not be accurate or complete and should not be relied upon. Trading in the securities of the Company should be considered highly speculative.

The Exchange has in no way passed upon the merits of the proposed Transaction and has neither approved nor disapproved the contents of this news release.

PureSinse Inc. is a privately held Life Sciences cannabis company based in Toronto and incorporated under the laws of Ontario. The company is a licensed producer under the Access to Cannabis for Medical Purposes Regulations (ACMPR) and is focused on producing premium quality cannabis products for medical, wellness, and future legal adult recreational use, from its state-of-the-art facility located in Brampton, Ontario.