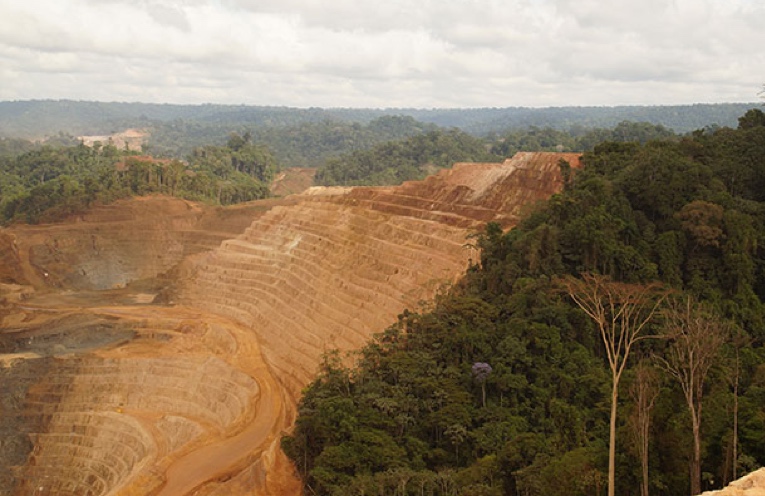 Golden Harp Resources Inc. (TSX-V: GHR.H) has entered into a scheme implementation agreement with Beadell Resources Ltd. (ASX: BDR) pursuant to which GHR and Beadell will complete a Scheme of Arrangement under the Australian Corporations Act whereby GHR will acquire all the outstanding shares of Beadell. The transaction constitutes a “reverse take-over” (RTO) of GHR by Beadell Resources.

In connection with the transaction, GHR will undertake an non-brokered financing to raise aggregate gross proceeds of $4 million. The principal subscribers in the placement are expected to be Sprott Inc. and entities associated with the Lundin family. Adam Lundin, President and CEO of Filo Mining Inc (TSX-V:FIL), will join board of directors.

Upon completion of the Transaction, GHR will have approximately 92 million common shares issued and outstanding. GHR will be renamed “Americano Mining Inc.” and will apply for listing on the ASX through the admission to quotation of the CDIs. Once the transaction is complete it is anticipated that Americano will trade on both the TSXV and the ASX.

Beadell’s primary asset is the 100% owned Tucano Gold Mine, located in Amapá statein northern Brazil. Tucano is forecast to produce 145,000 to 155,000 oz in 2018 and sits in the middle of 2,500 sq km of greenstone belt with district scale exploration potential.

VANCOUVER, BRITISH COLUMBIA CANADA –March 19, 2018. Golden Harp Resources Inc. (“GHR” or the “Company”) (TSXV: GHR-H.V) is pleased to announce that it has entered into a scheme implementation agreement with Beadell Resources Ltd. (“Beadell”) (ASX:BDR) pursuant to which GHR and Beadell will complete a Scheme of Arrangement under the Australian Corporations Act (the “Scheme”) whereby GHR will acquire all the outstanding shares of Beadell (the “Transaction”). Beadell is an Australian Securities Exchange (“ASX”) listed gold company with a producing mine in northern Brazil.

Pursuant to the Scheme, each Beadell shareholder will be entitled to exchange 14.25 fully paid ordinary Beadell shares for one GHR common share (either in the form of CHESS Depositary Interests (CDIs) or, if a shareholder elects, GHR common shares), following the completion by GHR of a consolidation of its common shares on an 11 old for one new basis (the “Consolidation”). The resulting entity will carry on the business of Beadell, as a mining issuer, under a new name, Americano Mining Inc. (“Americano”) and will remain listed on the TSX Venture Exchange (“TSXV”) as well as apply to be listed on the ASX. The Transaction constitutes a “reverse take-over” of GHR in accordance with the polices of the TSXV. The Transaction is an arm’s length transaction.

Conditional upon the completion of the Transaction, GHR will also undertake a settlement of C$477,951.07 in debt owed to directors, officers and creditors of GHR through the issuance of an aggregate of 5,622,954 pre-Consolidation common shares of GHR at a price of $0.085 per share (the “Debt Settlement”). The Debt Settlement is subject to the approval of the TSXV. As the Debt Settlement involves the settlement of certain debts owed to two directors of GHR, being Shaun Maskerine and Kyle Takeuchi, as well as a control person of GHR, Timothy Young, the Debt Settlement, as it relates to those parties constitutes a “related party transaction” pursuant to Multilateral Instrument 61-101 and is subject to the requirements of a formal valuation and majority of the minority shareholder approval unless an exemption is available.

The Transaction is subject to, among other things, receipt of the approvals of the shareholders of each of Beadell and GHR, regulatory approvals (including Australian foreign investment approval and approval of the ASX and the TSXV), Australian court approval of the Scheme, the completion of the Private Placement, Debt Settlement and Consolidation, and other customary terms and conditions for a transaction of this nature.

The principal terms of the Transaction include:
• GHR will complete the Private Placement and Debt Settlement.
• GHR will seek shareholder approval for the Transaction, the Debt Settlement, the Consolidation and the Private Placement (if required). GHR shareholders holding 41.2% of the common shares of GHR have entered into voting support agreements pursuant to which they have undertaken to vote in favour of these matters.
• Beadell will seek shareholder approval for the Scheme.
• Pursuant to the Scheme, Beadell shareholders will exchange 14.25 fully paid ordinary Beadell shares for one post-Consolidation common share of GHR such that at the completion of the Transaction, existing Beadell shareholders will hold approximately 94.5% of the issued and outstanding shares of GHR.
• The consideration will be issued either in the form of CDIs or, if a shareholder elects, GHR common shares.
• Upon completion of the Transaction, GHR will have approximately 92 million common shares issued and outstanding.
• GHR will be renamed “Americano Mining Inc.” and will apply for listing on the ASX through the admission to quotation of the CDIs (which will be subject to the ASX listing and admission process).
• Once the Transaction is complete it is anticipated that Americano will trade on both the TSXV and the ASX.

GHR anticipates holding it a shareholder meeting in relation to the matters above on or around late May or early June 2018. Beadell intends to implement the Transaction in the second quarter of 2018.

Following the completion of the Transaction, the board of directors of Americano will be as follows, which constitutes the existing board of Beadell with the addition of Adam Lundin:

Craig Readhead is a lawyer with over 30 years legal and corporate advisory experience with specialisation in the resources sector, including the implementation of large scale mining projects both in Australia and overseas. Mr. Readhead is a former president of the Australian Mining and Petroleum Law Association and is a General Counsel of Whitestone Minerals Pty Ltd. Mr. Readhead is currently a non-executive director of Eastern Goldfields Ltd (previously called Swan Gold Mining Ltd), Redbank Copper Ltd and Western Areas Ltd. During the past three years, he has served as the chairman of the ASX listed company Heron Resources Ltd (1999-2015) and as a non-executive director of the ASX listed company General Mining Ltd (2009 to 2015). Mr. Readhead is also a member of the WA Council of the Australian Institute of Company Directors, and until recently, was a member of the Australian Institute of Company Directors State Council

Simon Jackson is a Chartered Accountant with 25 years’ experience in the gold industry. Most recently, Mr., Jackson was a founding shareholder and President & CEO of the TSXV listed Orca Gold Inc., a junior exploration company with multiple gold discoveries in Sudan. Prior to that, he was an integral part of the senior management team at Red Back Mining Inc., which grew from a small West Perth based junior to a TSX listed intermediate producer that was taken over by Kinross Gold Corp in 2010. Mr. Jackson’s career includes corporate transactions and equity financings involving assets in Australia, Africa, Asia and South America. Mr. Jackson is currently the non-executive chairman of the TSXV listed company Orca Gold Inc. and a non-executive director of the TSXV listed company Sarama Resources Ltd and of the ASX listed company Cygnus Gold Ltd. During the past three years, he has served as a non-executive director of the TSXV listed companies Cardinal Resources Ltd (2015 to 2017) and RB Energy Inc. (2014 to 2015).

Dr. Nicole Adshead-Bell is a geologist with over 20 years of capital markets and natural resource sector experience. From 2012 to 2015, she was the Director of Mining Research at Sun Valley Gold LLC (SVG), a US-based Securities Exchange Commission registered investment advisor focused on the precious metals sector. Prior roles include: Managing Director, Investment Banking at Haywood Securities, where she concentrated on building the company’s M&A and financing business in the mining sector; sell-side analyst at Dundee Securities; and buy-side analyst at SVG. Dr. Adshead-Bell is currently President of Cupel Advisory Corp., a natural resources investment and advisory firm, and is a director of Toronto Stock Exchange (TSX) listed companies Pretium Resources Inc. and Dalradian Resources Inc. During the past three years, she has served as a non-executive director of the TSX listed company Lithium Americas Corp (2016 to 2017).

Brant Hinze is a mining engineer with a career spanning more than 30 years and has worked in all facets of the mining business from small start-ups to some of North America’s largest mining companies, in remote operations and on foreign assignments in South America and Southeast Asia. He was President and Chief Operating Officer of Kinross Gold Corporation from 2010 to 2014. Mr. Hinze also worked for Newmont Mining Corporation from 2001 to 2010. Prior to 2001, Mr. Hinze worked for Battle Mountain Gold until its merger with Newmont in 2001. He served as Senior Vice President for North American Operations, General Manager of the Minera Yanacocha SRL in Peru, as well as other senior management positions in Southeast Asia.

Timo Jauristo is a geologist and seasoned mining professional with over 35 years’ experience in the gold mining industry. Most recently, Mr. Jauristo was Executive Vice President – Corporate Development of Goldcorp. He spent 15 years with Placer Dome in various operating and corporate roles. Mr. Jauristo was
involved in numerous merger and acquisition transactions in many of the major gold producing regions of the world. During the past three years, Mr. Jauristo has served as a non-executive director of the TSX listed companies Eastmain Resources (2016 to 2017) and Primero Mining (2010 to 2014).

Adam Lundin brings a recognized legacy and years of international finance and capital markets experience to Americano. Adam started his career at a number of Lundin Group companies around the globe before moving into finance and ultimately becoming co-lead of Pareto Securities’ highly-successful London office. He is currently the President and CEO of Filo Mining Inc (TSXV:FIL), which owns the Filo de Sol Copper-Gold-Silver project in the high Andes of Chile and Argentina.

The head office of Americano will be located at Beadell’s offices in West Perth, Western Australia. Americano will also have an office in Toronto, Canada.

Beadell is currently listed on the ASX and its primary asset is the 100% owned Tucano Gold Mine, located in Amapá statein northern Brazil (“Tucano”). Tucano is forecast to produce 145,000 to 155,000 oz in 2018 and sits in the middle of 2,500 sq km of greenstone belt with district scale exploration potential.

Commenting on the proposed Transaction, Simon Jackson, Beadell Managing Director and CEO of Beadell said “We are pleased to have reached an agreement with Golden Harp that will benefit both companies’ shareholders. It has long been my view that the Tucano mine needs to be listed in Canada along with the vast majority of South American gold developers and producers. We are delighted to have received the support of Sprott and the Lundin family as they become new shareholders of Americano. These new shareholders bring extensive market following and experience to the Tucano story and we look forward to growing Americano into an intermediate gold producer. I am also very pleased that Adam Lundin has agreed to join the Board of Americano and we look to leverage his industry and capital markets experience as we focus on delivering on our long-term strategy”
The GHR board unanimously recommends that GHR shareholders vote in favour of the Transaction, in the absence of a superior proposal.

Trading of the Company’s shares will remain halted