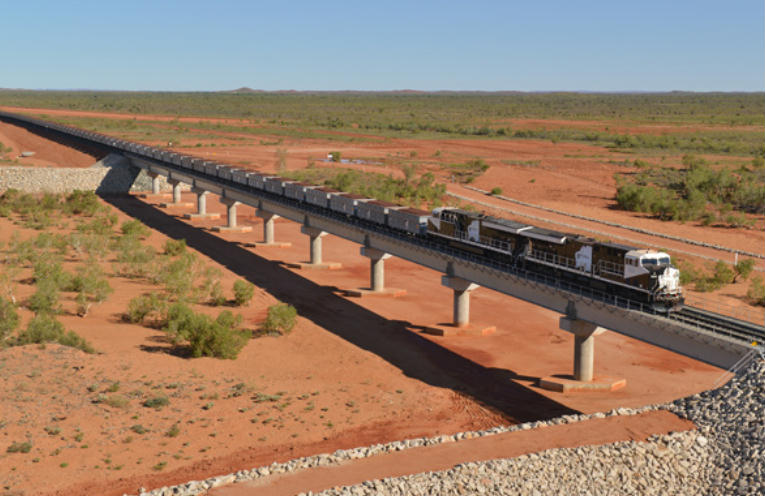 UEM Edgenta Berhad (KLSE: EDGENTA) has entered into a lock-up agreement with WSP to sell its 61.2% stake in OIC.

Under the terms of the lock-up agreement WSP’s obligation to proceed to make an offer is conditional upon, among other matters, WSP being given the opportunity to conduct a due diligence review of certain non-public information in respect of Opus, and WSP not having discovered through the due diligence materials made available to it any issue or information which:
• has not previously been disclosed in writing on the NZX Markets Announcement Platform or to WSP; and
• which WSP reasonably considers to be material and adverse to Opus.

The sub-committee of OIC board has decided to make relevant due diligence materials available to WSP. The sub-committee strongly recommends that shareholders DO NOT TAKE ANY ACTION in respect of the notice of intention to make a takeover offer or any resulting offer until they receive the sub-committee’s further guidance.

Montreal (Quebec) – August 13, 2017 – WSP Global Inc. (TSX:WSP) (“WSP” or the “Corporation”) and UEM Edgenta Berhad (KLSE:EDGENTA) (“UEM Edgenta”) are pleased to announce that they have entered into an agreement today under which WSP will acquire UEM Edgenta’s 61.2% in Opus International Consultants Limited (NZSE:OIC) (“OIC”), through a New Zealand takeover offer. WSP has today, through a wholly-owned subsidiary, filed a notice of intention to make this takeover offer, in cash, for 100% of the fully paid shares in OIC at NZ$1.78 per OIC share (the “Offer”). The Offer values the entire issued share capital of OIC at approximately NZ$263.2 million (C$243.4 million).

The cash Offer price of NZ$1.78 per OIC share combined with the cash dividend of NZ$0.07 per OIC share represents a very attractive premium to OIC’s current share price and the recent trading history of OIC. WSP believes it represents a compelling offer for all OIC shareholders, specifically being at:
 A premium of 86.9 percent to the closing price per OIC Share of NZ$0.99 on August 11, 2017 (being the last business day prior to this announcement);
 A premium of 58.1 percent to OIC’s 52-week high daily closing share price; and
 Premiums of 85.1 percent and 84.8 percent to the one and three-month volume weighted average price per OIC Share, respectively, for the period ended on August 11, 2017.

OIC’s major shareholder, UEM Edgenta, owns its 61.2% of the shares in OIC via Opus International (NZ) Limited (“ONZ”) and Opus Group Berhad (“OGB”), both wholly owned subsidiaries of UEM Edgenta. OGB is not part of OIC and will be retained by UEM Edgenta. OGB’s business is focussed on project management and design consultancy operating in Malaysia and Indonesia.

To confirm its support of the offer, UEM Edgenta has entered into a Lock-Up Agreement to sell its shareholding in OIC to WSP, subject to its shareholder approval at a General Meeting (“GM”) to be convened in the Fourth Quarter of 2017. UEM Edgenta’s major shareholder, UEM Group Berhad (“UEM Group”) has provided an undertaking to vote in favour of the proposed divestment.

WSP believes that combining with OIC is an attractive opportunity for both parties for the
following reasons:
 Through WSP’s strong global presence, OIC will be able to greatly leverage WSP’s customer base and strong international brand equity to significantly bolster its positioning and growth outside of New Zealand;
 Importantly, a full combination of the two businesses will provide OIC employees with a larger platform to improve their career opportunities and advance their ability to work globally, while benefiting from global best practice and strong local knowledge;
 It provides an opportunity for WSP to improve its presence and expertise in the Australia/New Zealand market, particularly in New Zealand, where OIC has a leadership presence. On a pro forma basis, OIC’s operations would increase WSP’s percent of net revenues in APAC from 14% to 20% of its total net revenues; and
 It provides an opportunity for WSP to leverage OIC’s expertise in the infrastructure (transportation and water) and building sectors as well as in asset development/management.

Commenting on the Offer, Alexandre L’Heureux, President and Chief Executive Officer of WSP, said: “We believe our offer is attractive to OIC shareholders, customers and employees. The transaction, which is in line with our 2015-2018 Strategic Plan, will enable us to fulfil our strategic ambitions of enhancing our activities in the Australia/New Zealand region, while strengthening our expertise in the water-related infrastructure sector and asset development/management. The combination of skills and compatible cultures will provide a great foundation for the two organizations to work together effectively on selected projects, creating attractive and value-enhancing solutions for our clients.”

The draft Offer document and the Lock-Up Agreement that WSP has entered into with UEM Edgenta have been released to the NZX and will also be filed on SEDAR at sedar.com.

OIC is a leading multi-disciplinary infrastructure consultancy with over 3,000 engineers, designers, planners, researchers and advisers and over 12,000 clients across New Zealand, Australia, Canada, the United States and the United Kingdom. In New Zealand, OIC operates from a network of 40 offices and employs over 1,800 staff. OIC provides services on leading infrastructure projects for both the public and private sectors. OIC offers fully integrated asset development and management services at all phases of the lifecycle including concept development planning, detailed design, procurement, construction, commissioning, operation, maintenance, rehabilitation and upgrading. www.opus.co.nz

As one of the world’s leading professional services firms, WSP provides technical expertise and strategic advice to clients in the Property & Buildings, Transportation & Infrastructure, Environment, Industry, Resources (including Mining and Oil & Gas) and Power & Energy sectors. We also offer highly specialized services in project delivery and strategic consulting. Our experts include engineers, advisors, technicians, scientists, architects, planners, surveyors and environmental specialists, as well as other design, program and construction management professionals. With approximately 37,000 talented people in more than 500 offices across 40 countries, we are uniquely positioned to deliver successful and sustainable projects, wherever our clients need us. www.wsp.com

UEM Edgenta, the 4th core division of UEM Group Berhad, is a leading Total Asset Solutions player in the region. Listed on the Main Market of Bursa Malaysia Securities Berhad, it is a leader in Total Asset Solutions with businesses providing three (3) key offerings i.e. Consultancy, Services and Solutions across healthcare, infrastructure and real estate sectors. UEM Edgenta’s full suite of services throughout the asset life cycle include consultancy, procurement and construction planning, operations and maintenance, as well as optimisation, rehabilitation and upgrades. UEM Edgenta has operational presence in Malaysia, Singapore, Indonesia, Taiwan, India and the MENA region. www.uemedgenta.com