In: Venture Capital Deals, Business Products and Services, Ontario, IT and Telecom 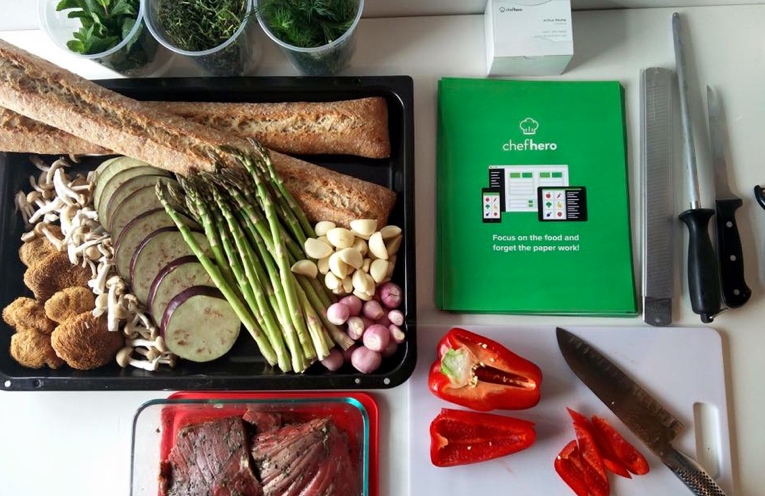 ChefHero is an online mobile and web application that allows businesses to order wholesale restaurant supplies through one easy & convenient network.

Torontobased ChefHero has grown by more than 118% to 60 employees. ChefHero intends to use the funding to accelerate growth and fuel expansion to select cities across North America.

– Digital Marketplace for Restaurant and Supply Industries is Growing Rapidly –

TORONTO, April 24, 2018 /CNW/ – ChefHero, a digital marketplace that allows restaurant owners and their staff to order wholesale food and supplies through one easy and convenient network, has secured $12.6M in Series A funding from investors noted for some of today’s most successful e-commerce brands. The funding was led by Accomplice.co, with participation from Golden Venture Partners, Precursor Ventures and Math Ventures.

Since launching in 2017, Toronto-based ChefHero has grown by more than 118% to 60 employees. ChefHero will use the funding to accelerate growth and fuel expansion to select cities across North America where the restaurant scenes are booming. Unlike major food distributors, ChefHero takes a hyper-local approach focusing on cities where there is a thriving restaurant industry. It also aims to improve the way local suppliers and restaurant owners do business together by providing transparency in pricing on one platform with access to hundreds of establishments and vendors.

“Restaurateurs have long been relegated to ordering supplies through late-night voicemails and manually comparing pricing. ChefHero digitizes the buying and selling process on both the restaurant and supplier side to help save everyone time and money,” said Ameet Shah, Golden Venture Partners. “It’s smart technology with global appeal that fills a niche in a booming industry.”

There are close to 800,000 restaurants across North America that spend billions of dollars on food and beverage products each year. At the same time, food costs account for approximately 30% of a restaurant’s sales. ChefHero allows individual restaurants to buy in bulk, which translates to substantial savings. Typically, only major national restaurant chains are capable of negotiating discounts but ChefHero caters to single and multiple-owned establishments, thus filling a market niche.

ChefHero’s Appeal to Restaurants
“Back in the day, I would spend hours at the end of every night consolidating orders, texting/calling/emailing to six different suppliers,” said Aidan Pascoe, Flock Rotisserie & Green’s. “ChefHero brought me out of the dark ages.”

ChefHero’s Appeal to Food Suppliers
Well-established and respected small to mid-sized suppliers are also recognizing the benefit of having access to hundreds of potential customers on the ChefHero platform. This reduces or eliminates overhead costs associated with having to pay a front-line sales team to knock on doors. Suppliers also receive one consolidated on-time payment from ChefHero on behalf of hundreds of customers so they don’t have to chase payments from individual accounts anymore. They can also unload overstock quickly, as it is actively promoted to hundreds of prospective customers through the platform in real time.

ChefHero
ChefHero was founded by Saif Altimimi and Diego Domínguez Ferrera. Growing up around the produce business, Saif noticed a broken link in how vendors and restaurants were connecting. With the help of Diego, he envisioned a future where chefs could easily leverage technology to access everything they need in one place. The ChefHero team brings this vision to life every day, leaving chefs with more time to do what they love: make incredible food.

Accomplice.co
Accomplice is a seed-led venture capital firm that embraces risk. They have been part of the origination story of companies that matter, including AngelList, Carbon Black, DraftKings, Hopper, PillPack, Veracode, and Zoopla. Accomplice has pioneered a community approach through platforms like Spearhead, BOSS, Rev, and TUGG. Based in Boston and San Francisco.

Precursor Ventures
Precursor Ventures is an early stage venture firm focused on classic seed investing. Since its founding in 2015, they have invested in more than 40 companies across software, hardware, consumer and enterprise. Our focus is on entrepreneurs entering into new markets solving the toughest problems.

Math Ventures
MATH Venture Partners is a Chicago-based early to growth-stage fund managed by a seasoned team of hands-on investors and operators. They seek out entrepreneurial teams that have customer acquisition as part of their core DNA. They believe that companies that have an unfair advantage in acquiring and retaining customers will produce outsized returns. It is this maniacal focus, deep appreciation for process and exceptional talent that makes them stand out.