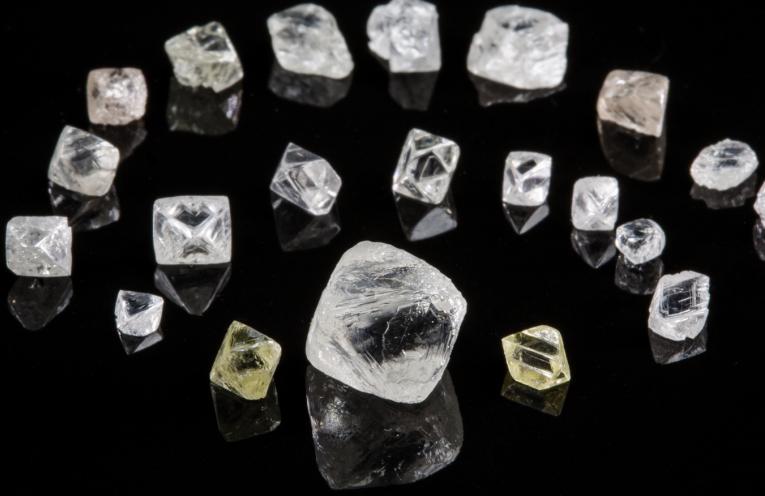 CPE News – pcJournal (7/19/2018) – Peregrine Diamonds Ltd. (TSX: PGD) and De Beers Canada Inc. have entered into an arrangement agreement pursuant to which De Beers will acquire all of Peregrine Diamonds’ outstanding common shares for $0.24 per share in cash or a total equity value of approximately $107 million.

The transaction is expected to close in September 2018.

Peregrine is a diamond exploration and development company. Peregrine’s core asset is its 100%-owned, 317,213-hectare Chidliak Project, located 120 kilometres from Iqaluit, the capital of Nunavut, where 74 kimberlites have been discovered to date, with eight being potentially economic.

PEREGRINE DIAMONDS LTD. TO BE ACQUIRED BY DE BEERS CANADA INC. FOR $0.24 PER SHARE IN CASH

VANCOUVER, CANADA – Peregrine Diamonds Ltd. (TSX:PGD) (“Peregrine” or “the Company”) is pleased to announce that it has entered into an arrangement agreement (the “Arrangement Agreement”) with De Beers Canada Inc. (“De Beers”) under which De Beers will acquire all of the Company’s outstanding common shares for $0.24 per share in cash or a total equity value of approximately $107 million pursuant to a plan of arrangement (the “Arrangement”) under the Canada Business Corporations Act. The transaction represents a 50% premium to Peregrine’s share price of $0.16 on July 18, 2018, and a premium of 44.5% to the volume weighted average price of the shares for the 20-trading days ended July 18, 2018.

The Board of Directors of Peregrine (the “Board”), after consultation with financial and legal advisors, and based on the recommendation of a special committee of the Board consisting of three independent directors, has unanimously determined that the Arrangement is in the best interests of the Company, has approved the Arrangement Agreement and the Arrangement and recommends that Peregrine’s shareholders, as well as its optionholders and warrantholders, vote in favour of the Arrangement. All directors and officers of the Company as well as Messrs. Eric Friedland and Robert Friedland, the Company’s two major shareholders who collectively control 42.8% of the issued and outstanding common shares (and 42.2% of the issued outstanding common shares, options and warrants), have entered into voting and support agreements to vote their common shares in support of the Arrangement.

Immediate and attractive premium of approximately 50% to spot and 44.5% based on the 20-day VWAP.
All cash offer that is not subject to a financing condition.
Secures immediate value appreciation, eliminating technical and financial risks and the burden of future dilution involved in advancing the Chidliak project as a standalone publicly-traded company.
Eric Friedland, Peregrine’s Founder and Executive Chairman, commented: “The De Beers Canada offer delivers immediate liquidity to Peregrine’s shareholders at an attractive premium that recognizes the current value of Chidliak and provides shareholders certainty through an all-cash offer. Further, it eliminates the substantial equity dilution, and project and market risks to advance Chidliak to bankable feasibility and, if warranted, to commercial production. This offer is the result of a comprehensive review process of our options to advance Chidliak towards development. The Board unanimously agrees that this offer represents the best path forward available to Peregrine’s shareholders and recommends that shareholders vote in favour of this transaction.”

Kim Truter, CEO, De Beers Canada, said; “The Peregrine team has done outstanding work progressing the Chidliak project, demonstrating its quality and high potential. With our extensive De Beers Group operating experience in similar Canadian arctic environments and employing innovative mining methods, we believe we are very well positioned to develop this resource further. We are delighted to be extending our business presence in Canada to the Nunavut Territory and look forward to working with all community and government partners as we progress the project.”

Tom Peregoodoff, Peregrine’s President and CEO, added; “It is very gratifying to see that the work accomplished by the team at Peregrine is being recognised by De Beers. We have consistently stated that Chidliak holds significant diamond mine development potential and this transaction is an excellent outcome for the Company’s stakeholders, including shareholders, community members and the territory of Nunavut. The transaction ensures the next steps in mine development are taken by a world-class operator with recognized arctic mine development and operational experience, and ensures stakeholders will benefit from responsible development of this rare and unique diamond resource.”

Further information regarding the transaction will be included in the Company’s management proxy circular to be mailed to Peregrine’s shareholders and other securityholders in advance of the special meeting of securityholders, which is expected to be held on or around August 31, 2018, and in the Company’s material change report in respect of the announcement of the transaction, each of which will be filed with the Canadian securities regulators and will be available on SEDAR at www.sedar.com.

The Board has obtained a fairness opinion from RBC Capital Markets that, as of the date of the opinion, and subject to the assumptions, limitations and qualifications on which such opinion is based, the consideration to be received by the Company’s shareholders pursuant to the Arrangement Agreement is fair, from a financial point of view, to the Company’s shareholders.

RBC Captial Markets is acting as financial advisor to the Company.

Peregrine is a TSX-listed diamond exploration and development company with its primary assets located in northern Canada. Peregrine’s core asset is its 100%-owned, 317,213-hectare Chidliak Project, located 120 kilometres from Iqaluit, the capital of Nunavut, where 74 kimberlites have been discovered to date, with eight being potentially economic.

De Beers Group is a member of the Anglo American plc group. Established in 1888, De Beers Group is the world’s leading diamond company with expertise in the exploration, mining and marketing of diamonds. Together with its joint venture partners, De Beers Group employs more than 20,000 people across the diamond pipeline and is the world’s largest diamond producer by value, with mining operations in Botswana, Canada, Namibia and South Africa. As part of the company’s operating philosophy, the people of De Beers Group are committed to ‘Building Forever’ by making a lasting contribution to the communities in which they live and work, and transforming natural resources into shared national wealth. De Beers has been active in Canada since it carried out its first exploration programme in 1961. The De Beers Victor kimberlite cluster discovery in 1987 by De Beers Exploration was the first economic diamond discovery in Canada, four years before the discoveries in the Northwest Territories. De Beers currently operates the Victor Mine in northern Ontario and the Gahcho Kué Mine in the Northwest Territories. Gahcho Kué is a joint venture with Mountain Province Diamonds. For further information about De Beers Group, visit www.debeersgroup.com.

For further information, please visit www.pdiam.com or contact Peregrine Investor Relations, at 604-408-8880 or at investorrelations@pdiam.com.