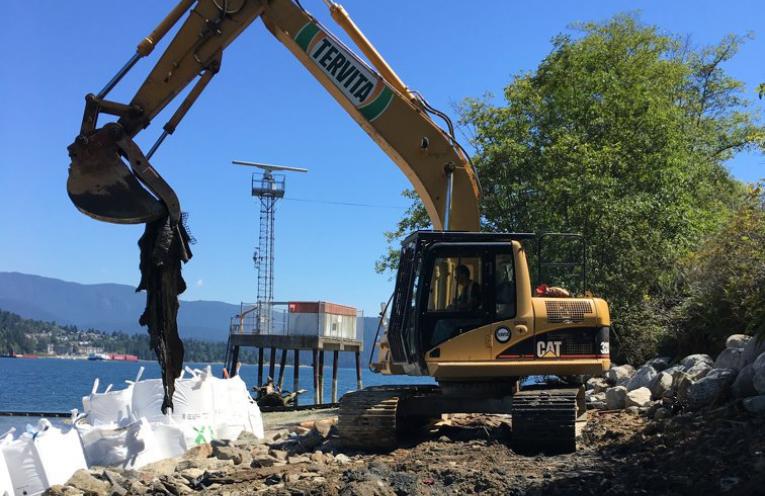 The merger resulted in reverse take-over (RTO) of Newalta by Tervita.

The resulting issuer will continue to operate under the name Tervita Corporation and will be led by Tervita’s current executive management team comprised of John Cooper as President & Chief Executive Officer (CEO), Brad Dlouhy as Chief Operating Officer and Robert Dawson as Chief Financial Officer.

Tervita’s common shares and common share purchase warrants are expected to commence trading on the Toronto Stock Exchange (TSX) under the trading symbols “TEV” and “TEV.WT”, respectively, within two to three business days.

Tervita filed for Solus and AllianceBernstein led recapitalization pursuant to a Canada Business Corporations Act (CBCA) arrangement in September 2016 and it filed for Chapter 15 bankruptcy in the US in October 2016 to facilitate its recapitalization.

Calgary, Alberta – July 19, 2018 – Tervita Corporation (“Tervita”), a private Alberta-based energy-focused waste and environmental services company, and Newalta Corporation (“Newalta”) (TSX:NAL), are pleased to announce that they have today closed their previously announced business combination, which was completed by way of a plan of arrangement (the “Arrangement”). The completion of the Arrangement creates a leading energy-focused environmental solutions provider in Canada providing waste processing, treating, recycling and disposal services to customers in the oil and gas, mining and industrial sectors. The newly merged company will operate under the name Tervita Corporation.

John Cooper, President and Chief Executive Officer of Tervita Corporation, stated, “We are pleased to have now closed this important transaction and look forward to focusing on executing the robust business plan in front of us. We intend to deliver further value to our customers through our combined operations, and will focus on building shareholder value through continuing to grow Tervita Corporation, maximizing our operating results, and achieving the clearly identified and significant synergies that we expect from the merger.”

John Barkhouse, President and Chief Executive Officer of Newalta, stated, “We are delighted to complete the merger with Tervita, and wish to thank all of our shareholders, employees and stakeholders for their support.”

It is expected that the common shares and common share purchase warrants (“Warrants”) of Tervita Corporation will each commence trading on the Toronto Stock Exchange (“TSX”) under the trading symbols “TEV” and “TEV.WT”, respectively, within two to three business days following the date of this press release and the issuance of a bulletin by the TSX regarding completion of the Arrangement.

After giving effect to these financing activities, Tervita Corporation has US$610 million of 7.625% Secured Notes and remains fully undrawn on its $200 million secured credit facility due December 2019.

Tervita Corporation expects to release Tervita’s and Newalta’s individual Q2 results on August 9, 2018 and Tervita Corporation further anticipates providing an updated investor presentation during Q3 2018, which will be posted to its website. The first reporting period of the combined operating and financial results of Tervita and Newalta will be for the quarter ended September 30, 2018, which results are expected to be released in November 2018.

For more detailed information in respect of Tervita Corporation, please see the joint information circular of Tervita and Newalta dated March 23, 2018, which was prepared in connection with the Arrangement and is available for viewing electronically on SEDAR at www.sedar.com.