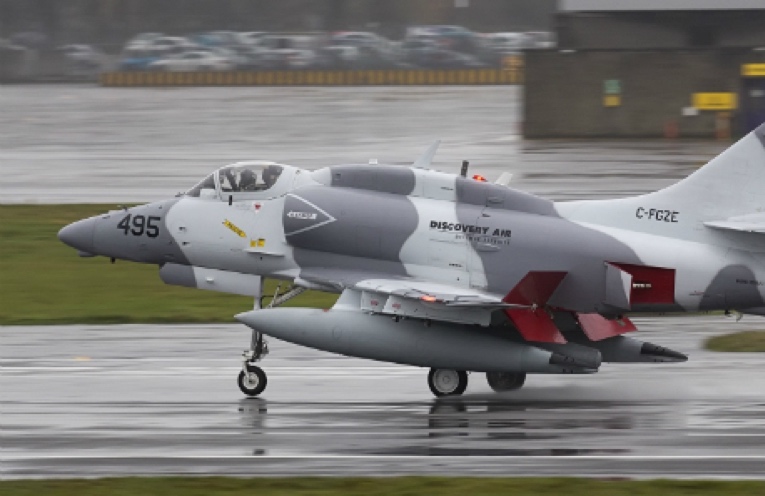 Founded in 2000, Dorval, Quebec based Top Aces was acquired by Discover Air Inc. (TSX: DA.DB.A) for $##Subscribe today to see our research on this and all other subscriber ONLY items##

Montreal, February 1, 2018 – Top Aces Inc. (“Top Aces”), formerly Discovery Air Defence Services Inc., today announced the return to the company’s original name. With an unparalleled record of flight safety and safety-first culture, Top Aces has the experience that matters. It has flown 68,000-plus accident-free flight hours and is the exclusive adversary air provider to the Australian, Canadian, and German armed forces.

“2018 is a very exciting year for Top Aces and the global adversary air industry,” said Paul Bouchard, President of Top Aces. “This rebrand builds on our proud history. It aligns our geographical brands into one to provide the world’s most advanced adversary air solutions to prepare Western aircrews for today’s new threats.”

The refreshed logo represents a modern visual identity. Stylized in red and blue colours, the wordmark highlights the role of Red Air and Blue Air in the world of adversary air training.

An Experienced Name in Adversary Air

Since 2005, Top Aces has provided airborne training to the world’s leading air forces. With its unparalleled safety record and an industry-leading 68,000 hours flown in support of its customers worldwide, Top Aces has the experience that matters.

Clairvest Group Inc. has been a long-term investor in Top Aces. Discovery Air Inc. and Clairvest had announced in December 2017 a conversion of debt to equity. Clairvest and its affiliates are significant owners of the company along with U.S. institutional investors which participated in an equity financing also in December.