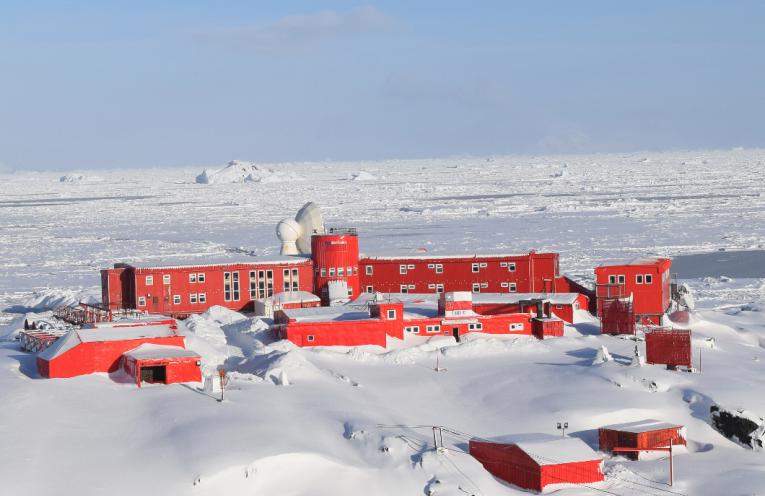 CPE News (10/15/2018) – Kepler Communications Inc. has raised US $16 million in Series A funding led by Costanoa Ventures, with participation of Deutsche Bahn’s (DB) Digital Ventures, and returning investors including IA Ventures who led Kepler’s seed round. New financing brings the cumulative total raised to over US $21 mllion.

Kepler intends to use new capital to grow revenues, and to launch its GEN1 constellation, which will be put into service by the end of 2020 and includes up to 15 additional nanosatellites. The focus of the GEN1 constellation will be on delivering their high-capacity and affordable store-and-forward services beyond the capabilities offered by KIPP, CASE, and TARS.

Toronto, CANADA 15 October 2018 – Kepler Communications, a Canadian satellite telecommunications company with a mission of providing in-space connectivity services, today announced that it has raised $16M USD in a Series A round of financing led by Costanoa Ventures, with participation by Deutsche Bahn’s (DB) Digital Ventures as a strategic investor. The round also included a number of returning investors, such as IA Ventures who led their Series Seed. This brings the cumulative total raised to over $21M USD.

Rather than pursue the more typical approach of launching a massive constellation prior to delivering customer services, Kepler already delivers services for customers operating in the poles who are currently completely devoid of connectivity options. Despite being the size of a breadbox, their first satellite KIPP, a 3U CubeSat, delivers upwards of 40 Mbps to 60cm diameter VSAT (Very Small Aperture Terminal) antennas for their customers where the bulk of alternative satellite services peak around 1 Mbps. This is an improvement similar to the jump from 3G to 4G data speeds. KIPP will soon be joined on orbit by its sister satellite, CASE, when the latter is launched from the Satish Dhawan Space Centre on India’s Polar Satellite Launch Vehicle (PSLV) in mid-November 2018.

“We’ve spoken with icebreakers, oil tankers, tourism companies, maritime operators, and scientific organizations that all operate at the poles. They told us of the frustrations with the complete lack of high-bandwidth coverage in these regions. This is what led us to roll out PolarConnectTM, the world’s only high bandwidth solution designed for the poles,” stated Mina Mitry, CEO of Kepler.

Demand for connectivity at the poles is poised to increase, as tourism activities flourish and ice-covered shipping lanes melt as a result of global warming. One of Kepler’s early customers is F. Laeisz, one of the world’s oldest shipping companies that operates an icebreaking vessel, the Polarstern, which can support over 100 crew members and spends the majority of its operational lifetime outside of traditional satellite coverage.

Thomas Liebe, chief operator of the Polarstern, says “With the Kepler system, for the first time we are able to send massive files like operational data, scientific data, videos, or photos. These are bandwidth intensive and we have no other way to send the data if we used traditional systems.” Kepler’s store-and-forward service is designed to work with a wide variety of VSATs, meaning that customers with existing Ku-band steerable antennas will be able to make use of the service without the need to install new ground antenna.

“We are uniquely excited by Kepler as compared with all the recent nanosatellite communication companies because they have demonstrated that their satellites are filling global gaps in connectivity,” said Greg Sands, Founder and Managing Partner of Costanoa Ventures. “Kepler has incredible technology, with KIPP having already demonstrated the highest data throughput ever achieved in a nanosatellite. They have strong customer traction, with early polar customers already making use of PolarConnectTM.” Sands will also join Kepler’s board.

Kepler will be using the new capital to grow revenues, and to launch its GEN1 constellation, which will be put into service by the end of 2020 and includes up to 15 additional nanosatellites. The focus of their GEN1 constellation will be on delivering their high-capacity and affordable store-and-forward services beyond the capabilities offered by KIPP, CASE, and TARS.

Everything Kepler does is with an eye towards their ultimate goal of in-space connectivity, and Kepler is intent on doing this sustainably. GEN1 and GEN2 constellations predominantly focus on store-and-forward and IoT services, but will have the necessary technology to lead to in-space connectivity. Kepler’s accomplishments are a testament to the core strength of being able to build, launch, and operate highly capable communication satellites quickly. A principal desire for Kepler is to continue to build new and strengthen existing relationships in the space industry, taking advantage of Kepler’s core competency, to be able to reach their goal of in-space connectivity collaboratively.

About:
Kepler is a satellite telecommunications provider based in Canada, backed by Costanoa Ventures, IA Ventures and other leading investors. Kepler aims to build an in-space telecommunications network through an incremental deployment of products and technologies. For more information visit www.kepler.space and @KeplerComms