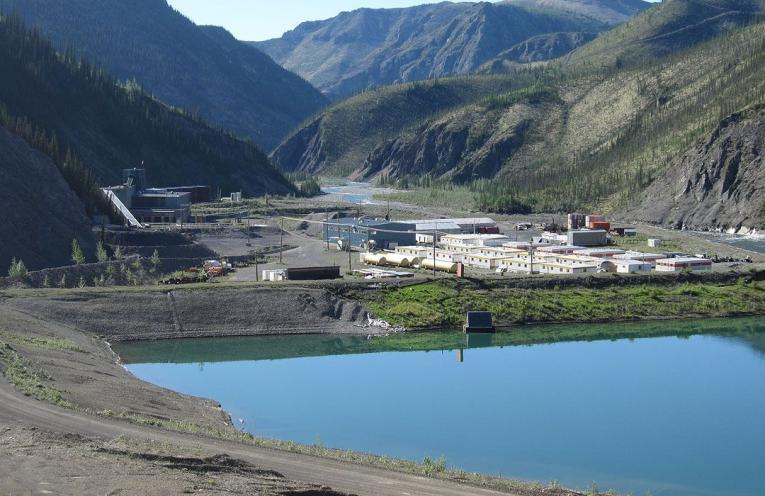 Proceeds will be used for the repayment of the US $10 million bridge loan advanced by RCF VI L.P. in December 2017 and the ongoing development of its flagship Prairie Creek Zinc-Lead-Silver Project in the Northwest Territories including additional engineering and permitting work to improve project confidence, and general working capital.

As part of the placement, RCF VI LLC will be issued 50 million short-dated warrants, exercisable at $0.25 per share until December 31, 2018, which if exercised in full would generate an additional $12.5 million, or a total potential equity financing of $32.5 million.

The use of proceeds of the equity financing will include repayment of the US$10 million bridge loan advanced by RCF VI L.P. in December 2017 and the ongoing development of the Company’s flagship Prairie Creek Zinc-Lead-Silver Project in the Northwest Territories, Canada, including additional engineering and permitting work to improve project confidence, and general working capital.

John Kearney, Canadian Zinc’s Chairman and CEO, commented, “This $20 million equity financing by RCF is another strong vote of confidence in the Company’s potential and the viability of the Prairie Creek Project. RCF is the Company’s largest shareholder and the investment at a subscription price of $0.20 per share represents a 61% premium over the 10-day volume weighted average price of the Company’s shares as of May 14, 2018. Management will be recommending that shareholders vote for approval of the financing.”

The proposed equity financing with RCF VI LLC will be submitted to shareholders for approval at the forthcoming Annual General and Special Meeting of Shareholders, scheduled to be held in Vancouver, BC, on June 27, 2018, and is subject to certain conditions precedent and regulatory approvals.

The existing Investor Agreement with RCF VI L.P., which contains various rights granted to RCF VI L.P., including participation rights to maintain its pro rata shareholding interest in the Company for as long as it remains a significant shareholder, will be amended to include RCF VI LLC and to provide for the right of RCF VI to nominate additional members to the board of directors proportional to its shareholding, and to provide certain other project oversight rights.

Resource Capital Funds (“RCF”) is a group of commonly managed private equity funds, established in 1998 with a mining sector specific investment mandate spanning all hard-mineral commodities and geographic regions. Since inception, RCF has supported 170 mining companies, with projects located in 51 countries and across 29 commodities.

Further information about RCF can be found on its website (www.resourcecapitalfunds.com). RCF aims to partner with companies to build strong, successful and sustainable businesses and in doing so strives to earn superior returns for all shareholders. RCF VI currently holds 19.7% of Canadian Zinc’s shares increasing to 41.4% on completion of the initial 100 million share subscription.

Assuming the exercise of all of the warrants issued to RCF VI following the completion of the equity financing, an aggregate of 201,630,000 Canadian Zinc shares would be owned and controlled by RCF VI, representing approximately 48.5% of Canadian Zinc’s issued and outstanding shares.

Canadian Zinc also announces that R.J. (Don) MacDonald has been appointed as President of the Company, effective May 16, 2018, and that on approval of the RCF financing by the shareholders, expected to occur at the AGM on June 27, 2018, Mr. MacDonald will also assume the role of CEO.

Mr. MacDonald is a CPA, CA, with bachelor and master’s degrees in engineering, and has been involved in the financing, development and/or operation of over 20 mines in North and South America over his career. He served as Chief Financial Officer of Quadra FNX (now KGHM International) from 2010 to 2017 and of NovaGold Resources Inc. from 2003 to 2010. Most recently, Don was Acting President and CEO of KGHM International.

John Kearney, Canadian Zinc’s Chairman and CEO, commented, “We are delighted to have been able to recruit Don MacDonald as President, and to take over as CEO, as the Company moves forward with the financing and development of the Prairie Creek Mine. Don has great experience with the financing and construction of mining projects, and his appointment represents the next step in enhancing the senior management team that will put the Prairie Creek Mine into production”.

Don MacDonald has been granted stock options under the Company’s Incentive Stock Option Plan on 2.5 million shares at $0.20 per share, exercisable for five years with vesting quarterly in arrears over two years, subject to regulatory and shareholder approvals, if required.

A Technical Report prepared in accordance with National Instrument 43-101 Standards for Disclosure for Mineral Projects reporting the results of the 2017 Feasibility Study was filed on SEDAR on October 31, 2017.

For 2018, specific programs are being planned to further de-risk the Prairie Creek Project, which will include detailed engineering and design of the mine facilities, rehabilitation of equipment and accommodations, hydrological investigations and initial site/underground preparation.

Canadian Zinc is a TSX-listed exploration and development company trading under the symbol “CZN”. The Company’s key project is the 100%-owned Prairie Creek Project, an advanced-stage zinc-lead-silver property, located in the Northwest Territories. Canadian Zinc also owns an extensive land package in central Newfoundland that it is exploring for copper-lead-zinc-silver-gold deposits.