Orion Mine Finance to take Dalradian Resources private for $527M 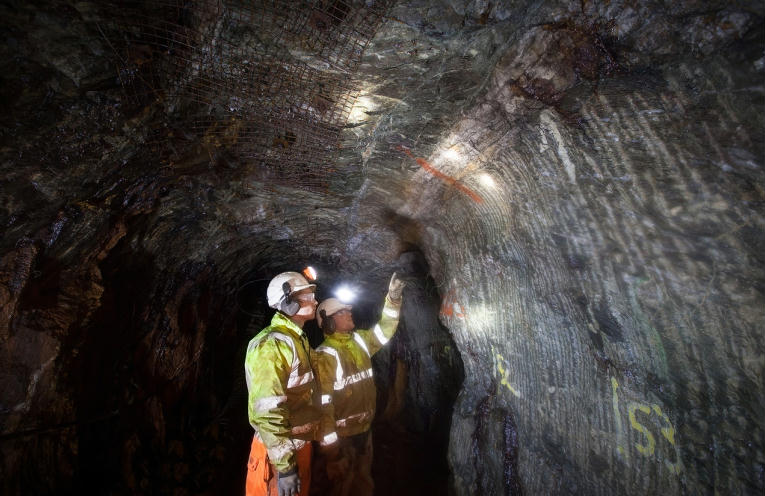 Dalradian Resources Inc. is a mineral exploration and development company that is focused on advancing its high-grade Curraghinalt Gold Project located in Northern Ireland, United Kingdom.

TORONTO, June 21, 2018 /GlobeNewswire/ – Dalradian Resources Inc. (TSX:DNA) (AIM:DALR) (“Dalradian” or the “Company”) and Orion Mine Finance are pleased to announce that the Company and certain affiliates of Orion Mine Finance (collectively, “Orion”) have entered into a definitive arrangement agreement (the “Arrangement Agreement”), whereby Orion will acquire all of the issued and outstanding common shares of the Company (“Dalradian Shares”) by way of a statutory plan of arrangement under the Business Corporations Act (Ontario) (the “Transaction”). Under the terms of the Arrangement Agreement, the Dalradian Shares held by certain members of the Dalradian senior management team, Sean Roosen and Osisko Gold Royalties Ltd (collectively, the “Remaining Shareholders”) will not be acquired by Orion. Collectively, Orion and the Remaining Shareholders currently hold 72,695,911 Dalradian Shares or 20.4% of the issued and outstanding Dalradian Shares.

Oskar Lewnowski, Chief Investment Officer of Orion, commented, “We are very pleased to expand our ownership in one of the world’s best undeveloped gold deposits. Curraghinalt gets more exciting as additional exploration and engineering work is completed, the recent positive resource update being just the latest example. The Dalradian team has done an outstanding job of growing the deposit and advancing it through the feasibility stage. We look forward to working with the core Dalradian management team to secure planning permission for a world class mine using best-in-class mining, processing and environmental standards.”

Patrick F.N. Anderson, CEO of Dalradian, stated, “Orion and Osisko are showing great confidence in Northern Ireland, our high grade Curraghinalt project and our West Tyrone workforce. Their goals as strategic investors are completely aligned with ours – to secure planning permission for an underground gold mine and continue advancing the project in a way that benefits all our stakeholders. We will continue to work closely with community members, all levels of government, employees, contractors and local suppliers toward building one of the world’s top gold mines.”

Jim Rutherford, Non-Executive Chairman of Dalradian, stated, “In the space of less than ten years, Dalradian has succeeded in transforming its flagship Curraghinalt project in Northern Ireland from a virtual grassroots discovery into one of the world’s best and highest grade gold deposits, that will provide significant inward investment and economic benefits for the Northern Ireland economy. The premium cash offer from Orion that we have announced today therefore reflects the results of several years’ diligent, professional work by the entire Dalradian team. My fellow board directors and I would like to express our thanks and appreciation to all who have been involved in successfully developing the project to this stage.”

Independent Committee and Board of Directors Recommendations

Maxit Capital LP has provided a fairness opinion to the Independent Committee (the “Maxit Fairness Opinion”), stating that in its opinion, and based upon and subject to the assumptions, limitations and qualifications set forth therein, the Consideration is fair, from a financial point of view, to the Affected Dalradian Shareholders.

The Board of Directors (excluding Patrick Anderson, Michael Barton and Sean Roosen who were recused from discussions and voting given their interests in the Transaction as Mr. Anderson is part of the senior management team and is a Remaining Shareholder, Mr. Barton is a principal of Orion and Mr. Roosen is a Remaining Shareholder and a principal of Osisko) after receiving financial and legal advice, and following receipt of the Maxit Fairness Opinion, the Raymond James Fairness Opinion and the Valuation, and the recommendation of the Independent Committee, unanimously approved the Transaction and recommend that Affected Dalradian Shareholders vote in favour of the Transaction.

In addition, directors and senior officers of Dalradian, including the Remaining Shareholders, who as of the date hereof, collectively hold approximately 2.2% of Dalradian’s issued and outstanding common shares, have entered into agreements to support the Transaction and vote their Dalradian Shares in favour of the Transaction.

Transaction Conditions and Timing
The Transaction will be implemented by way of a Court-approved plan of arrangement under the Business Corporations Act (Ontario) and will require the approval of: (i) 66 2/3% of the votes cast by the holders of Dalradian’s common shares; and (ii) a simple majority of the votes cast by holders of Dalradian common shares after excluding any votes of Orion, Osisko Gold Royalties Ltd and certain other persons required to be excluded under MI 61-101, all at a special meeting of Dalradian shareholders to consider the Transaction.

Additional Information about the Proposed Transaction
Copies of the Maxit Fairness Opinion, Raymond James Fairness Opinion, the Valuation, and a description of the various factors considered by the Board of Directors of the Company in its determination to approve the Transaction, as well as other relevant background information, will be included in the management information circular to be sent to the Company’s shareholders at least 21 days in advance of the Special Meeting. The management information circular, the Arrangement Agreement, the plan of arrangement and certain related documents will be filed with the Canadian securities regulators and will be available on SEDAR at www.sedar.com.

About Orion
Orion Resource Partners is a global alternative investment management firm with $4.5 billion under management. Orion specializes in institutional metals and mining investment strategies in the base and precious metals space. Orion’s private equity, hedge fund, and merchant service divisions enable it to access in-depth knowledge of the global metals and mining supply chain and robust insight into the physical and financial demand driving global metals prices. Orion is an industry leader in delivering comprehensive and customized financial solutions to mining companies and base and precious metals investors.

About Dalradian Resources Inc.
Dalradian Resources Inc. is a mineral exploration and development company that is focused on advancing its high-grade Curraghinalt Gold Project located in Northern Ireland, United Kingdom. The Curraghinalt Project is in permitting, with exploration ongoing to build on the positive feasibility study released in January 2017.

This announcement contains inside information for the purposes of Article 7 of Regulation (EU) No 596/2014.

Osisko Gold Royalties Ltd is an intermediate precious metal royalty company focused on the Americas that commenced activities in June 2014. Osisko holds a North American focused portfolio of over 130 royalties, streams and precious metal offtakes. Osisko’s portfolio is anchored by five cornerstone assets, including a 5% NSR royalty on the Canadian Malartic Mine, which is the largest gold mine in Canada. Osisko also owns a portfolio of publicly held resource companies, including a 15.5% interest in Osisko Mining Inc., a 12.7% interest in Falco Resources Ltd. and a 32.4% in Barkerville Gold Mines Ltd.